Video: Dembele tied the knot with a Moroccan 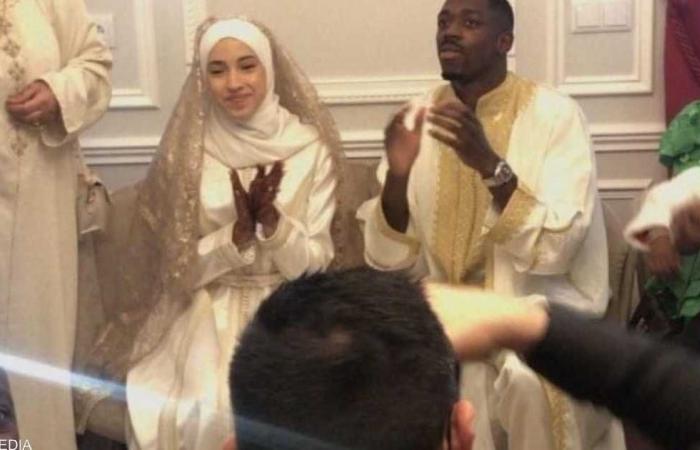 According to the Spanish website “Sport”, Wedding Ceremony It was held on a small scale, but some photos and clips were leaked the video from the event.

Dembele appears in one of the clips dancing the moment the bride arrives at the ceremony, and several photos of him were circulated with guests who attended the occasion.

The latest reports of the newspaper “Daily Express” had indicated that Manchester United And Newcastle are interested in getting services Dembele (24 years), after injuries prevented him from showing his best levels with Barcelona Until now.

It is worth noting that Dembele joined Barcelona in the summer of 2017 from Borussia Dortmund for 135 million euros, and this season he participated in only 7 games in which he made a goal, while since joining Barcelona he played 125 games, and scored 30 goals and 22 assists for the Catalan club.

These were the details of the news Video: Dembele tied the knot with a Moroccan for this day. We hope that we have succeeded by giving you the full details and information. To follow all our news, you can subscribe to the alerts system or to one of our different systems to provide you with all that is new.