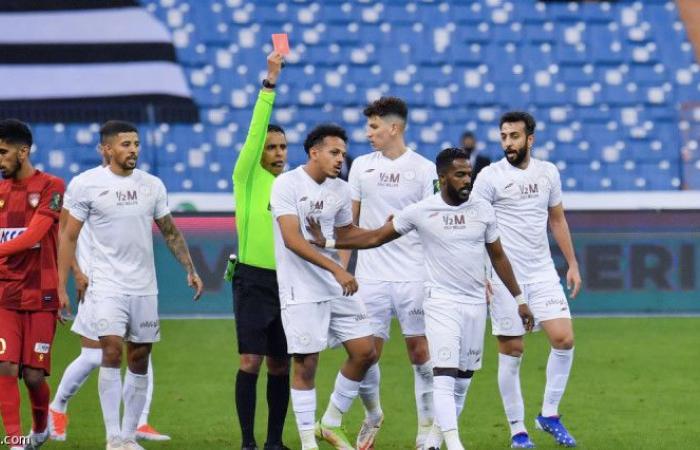 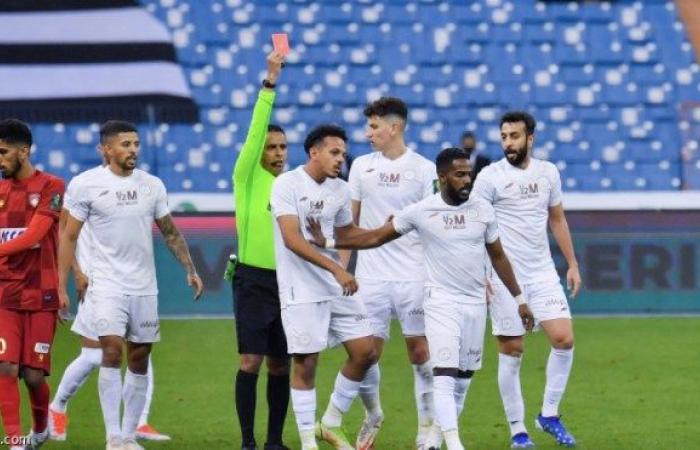 The Disciplinary and Ethics Committee of the Saudi Federation suspended, on Thursday, Nawaf Al-Abed, player of the first youth football team, two matches, including the automatic suspension match, according to a direct red card.
The committee clarified that the penalty imposed on Al-Abed in all official matches in which he is entitled to participate, provided that the automatic suspension is exhausted in the same competition, for uttering offensive and insulting words towards the player of the opposing team, according to what was stated in the match referee’s appendix report.
Al-Abed was given a direct red card during the match that his team won by five clean points against Damak, in the final price of the Custodian of the Two Holy Mosques Cup, 9 minutes after he entered as a substitute.
The committee fined Al-Taawun Club 15,000 riyals for throwing one can of water at the referee during the first team football match against Al-Taie in the King’s Cup final price.

These were the details of the news “Discipline” stops Al-Abed and fines cooperation for this day. We hope that we have succeeded by giving you the full details and information. To follow all our news, you can subscribe to the alerts system or to one of our different systems to provide you with all that is new.