Afsha in a human shot.. This is what he did with... 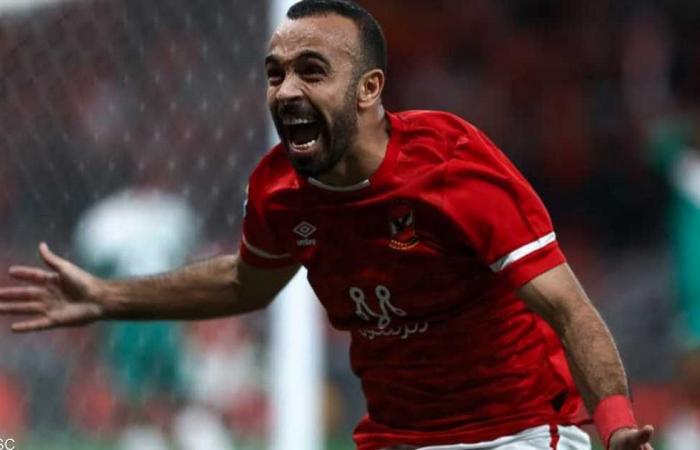 And in this shot, he made sure rumors Condolences to Raja player Abdelilah Madkour, who missed the last penalty kick in the match, causing his team to lose.

Al-Ahly’s playmaker ran towards Madkour, even before he celebrated with his colleagues the title, and embraced him after he missed the decisive penalty to calm him down.

After the scene that spread on the communication sites, Afsha was praised by followers, who saw that sportsmanship is much more important than winning and losing.

و .كد Al Ahly He dominated the African Super Cup, after defeating Raja on penalties (6-5), after they drew 1-1 in the original time at Ahmed Bin Ali Stadium in Doha.

At a time when the match was heading towards the victory of Raja with a goal by Hamid Haddad in the 12th minute, Al-Ahly scored the equalizing goal in the last minute through Taher Mohamed Taher, so that the two teams ruled directly to the match. Penalty kicks That smiled to the Cairene giant.

Al-Ahly won the second title in a row and the eighth in its history, to confirm its dominance over the championship, which holds its record, while the Oval team failed to win the third cup after being crowned twice before in 2000 and 2019.

These were the details of the news Afsha in a human shot.. This is what he did with... for this day. We hope that we have succeeded by giving you the full details and information. To follow all our news, you can subscribe to the alerts system or to one of our different systems to provide you with all that is new.