After the Super.. Taher Mohamed Taher promises Al-Ahly fans with 3... 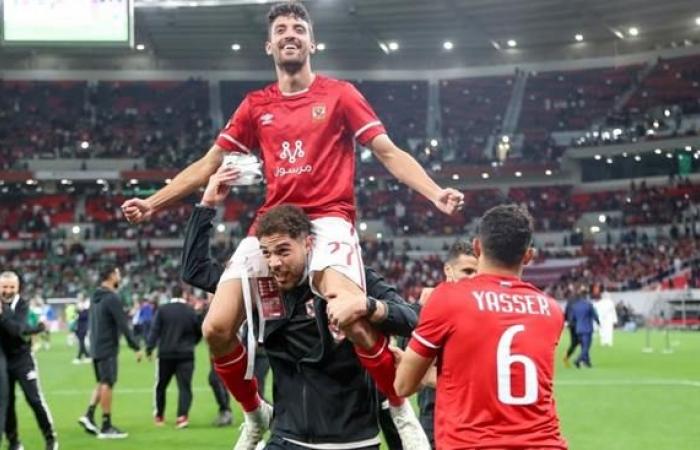 Raja had advanced with a goal through Hamid Haddad, and Al-Ahly equalized in the deadly time through Taher Mohamed Taher, so the match went to a penalty shootout.

Taher Mohamed Taher wrote through his account on the social networking site “Instagram”: “We end the year with the African Super, and we promise our fans in Africa, the League and the Cup in the New Year.”

ويد Al-Ahly of Egypt It is the team that has won the African Super Cup with 8 titles out of the 10 times it has competed for, and has won the cup for two consecutive editions in 2020 and 2021.

and occupies Alahli football club First place in the table of the Egyptian Premier League teams with 18 points from 6 rounds played by the Red Team.


These were the details of the news After the Super.. Taher Mohamed Taher promises Al-Ahly fans with 3... for this day. We hope that we have succeeded by giving you the full details and information. To follow all our news, you can subscribe to the alerts system or to one of our different systems to provide you with all that is new.