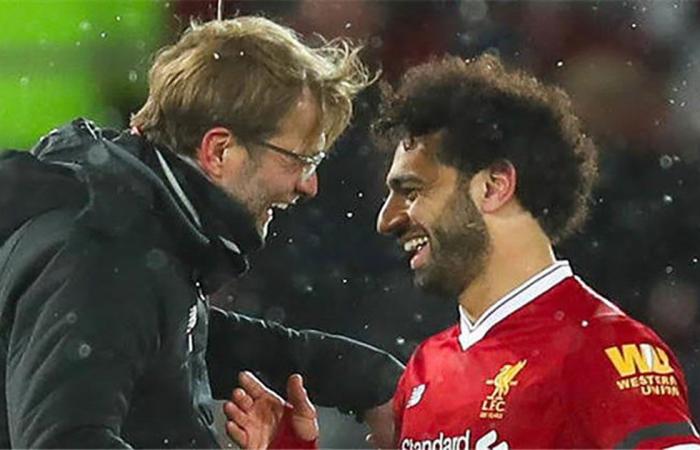 English press reports revealed that Liverpool had received approval from the Egyptian national team, to play star Mohamed Salah, facing the “Reds” and Chelsea, before joining the “Pharaohs” camp, in preparation for the African Cup.

According to the “Liverpool Echo” website, the Egyptian team agreed that Salah would join the “Pharaohs” camp, which begins at the end of this month, later than the rest of his colleagues, in order to be able to participate in the summit match against Chelsea.

According to Russia today, the laws of the International Football Association “FIFA” stipulate that players join their teams about two weeks before the first match of the team in any continental championship, but the Egyptian Federation agreed amicably that Salah would stay with Liverpool about ten days before Egypt played its first match. In the African Championship hosted by Cameroon from 9 January to 6 February.

Liverpool will visit Chelsea in the 21st round of the English Premier League, on the second of next January, and this confrontation is of great importance, because it may determine the fate of the two teams in the competition for the title of “Premier League”.

Liverpool is second in the English Premier League standings with 41 points, three points behind leaders and title holders Manchester City, while Chelsea comes third with 38 points.

Liverpool is relying heavily on Salah this season, as the Egyptian pharaoh provides an impressive performance, leading the league’s top scorer with 15 goals.

After the Chelsea meeting, Salah is expected to join the Egypt national team camp, which opens its campaign in the African Nations Cup on January 11, against Nigeria in Group D, before meeting Guinea-Bissau on January 15, and then Sudan four days later.

These were the details of the news The Egyptian national team agrees to Liverpool’s request regarding Mohamed Salah for this day. We hope that we have succeeded by giving you the full details and information. To follow all our news, you can subscribe to the alerts system or to one of our different systems to provide you with all that is new.