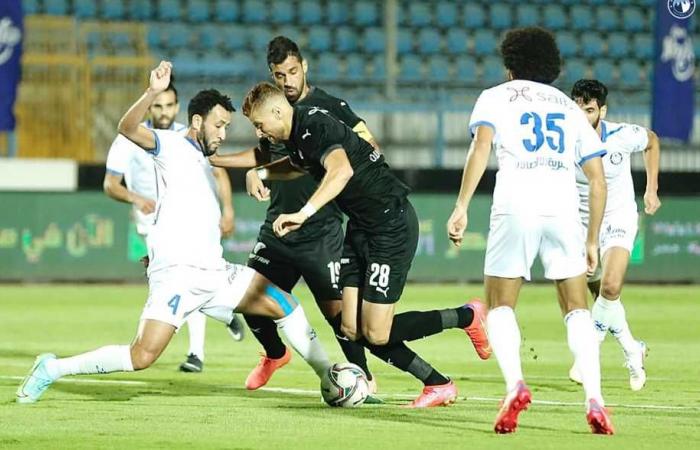 Captain Ihab Galal, coach of Pyramids Club, announced his team’s list to face Al-Masry in the fourth round of the Premier League.

Pyramids will be a guest at 3:00 p.m. on Friday, November 19, against its Egyptian club counterpart at the Army Stadium in Borg El Arab.

The list witnessed the return of Fakhruddin bin Youssef after his absence from the first 3 rounds of the league due to injury.

Islam Issa continued to be absent from the list due to injury, while Nasser Mansi is absent for technical reasons.

Pyramids went through a morning training today at the Air Defense Stadium, before announcing the list and traveling to enter the closed camp.

The team is expected to perform its last training session tomorrow afternoon in the camp in preparation for the match.

Pyramids is in second place in the Egyptian League, with 9 points, after 3 rounds, with a goal difference from Al-Ahly.

These were the details of the news FilGoal | News | Pyramids List for this day. We hope that we have succeeded by giving you the full details and information. To follow all our news, you can subscribe to the alerts system or to one of our different systems to provide you with all that is new.