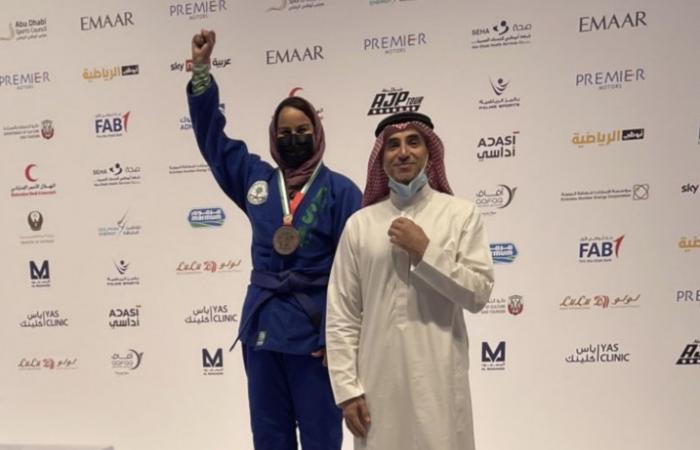 RIYADH: Asia moved past the halfway stage in World Cup qualification on Tuesday and the picture is becoming clearer by the game.

Here are five things learned from the latest action involving the Arab nations.

It could be that next November in Qatar the team will look back at this 1-0 win over Lebanon and see it as a turning point on their journey to a second-ever World Cup appearance. It could happen, but looking back on this game, the referee’s decision five minutes from the end was crucial.

Lebanon were on top, certainly in terms of chances created, but the official judged that defender Abbas Asi had made a dangerous tackle in the area and awarded the UAE a penalty — one that looked soft. Nobody in white cared as it was coolly stroked home by Ali Mabkhout.

At this stage, the points are by far the most important thing for a team that had collected a measly three from the first five games.

The UAE had more possession but did little with it. Had the home team taken just one of their chances and won then it would have surely been curtains for the visitors and probably for coach Bert van Marwijk given the two-month gap before the next round of games.

Even a draw may have led to the same outcome but now, suddenly, the UAE are third, and while South Korea and automatic qualification are eight points clear, the play-offs are very much in sight and with players returning from injury for January’s games then there may yet be brighter times just around the corner.

2. Late drama costs Lebanon again but there is still hope

Had the last few minutes gone a little differently against Iran on Thursday and against the UAE on Tuesday then Lebanon could be sitting on nine points (or even 11) and still just about be in touch for second spot. As it is, they have lost 2-1 and now 1-0 and have just five.

The Cedars will point to the soft penalty given to the visitors late on, a spot kick for handball that was not awarded even later, and an earlier free kick that crashed off the crossbar, but in the end, it came to nothing.

The team continues to be spirited, hard to play against, and well-organized but the points total does not reflect those performances, yet.

There is still time and hope as third place is only a point away, and with Sonny Saad increasingly energetic and dangerous in attack, anything can happen.

Three of the four games remaining are at home and Lebanon have shown that with a little more focus, concentration and, perhaps, fitness, there is no reason why they cannot pick up the necessary points to take third. That was always the target and remains a realistic one.

3. Oman dropping out of the race but can be proud

It was going to be difficult for Oman to repeat their shock 1-0 win over Japan in the opening game of the group and so it proved as they fell to a defeat by the same score in Muscat. Third place, always a long shot, is now slipping out of view.

The Samurai Blue were determined not to underestimate the Reds, and they were always going to want revenge for that loss. The first half was a fairly tepid affair, but Japan really started to pile the pressure on after the break. Oman goalkeeper Fay Al-Rashidi did his best and the rest of the team never stopped trying to keep the Asian giants, with all their European-based stars, at bay.

In truth, there was little more that Oman could have done. They can be proud, not only of beating Japan in September, but giving them a real good game once more.

4. The question is why Iraq didn’t ask South Korea any questions

After this tepid 3-0 loss to South Korea, Iraq may well look to those final moments against the UAE, when they let what would have been a vital victory slip in the final moments, as a turning point. But in truth, they have just not done enough in the group.

It was evident on Tuesday. The Lions of Mesopotamia played in Doha five days earlier while Korea were in action on the other side of the continent, yet it was Iraq who seemed to lack energy and intensity.

There has not been enough intensity or ambition. That was the case again against the Taeguk Warriors and there was some debate over Dick Advocaat’s selections once again, especially with Ali Adnan. The full-back has barely played any club football of late and looked slow and off the pace. Giving away the penalty that extended South Korea’s lead to two goals just added insult to injury.

That ended the game as a contest, but it never really started.

5. Almost the end of the road for Syria

Syria made third place last time around and pushed Australia all the way in the play-offs but the same spirit from that team seems to have gone as was evident in a 3-0 loss to Iran. It leaves the Qasioun Eagles grounded with just two points from six games.

There is still talent but at the back against Iran, who were not at their best, Syria were poor and simply sought to stop the opposition playing without really providing any kind of platform to build a meaningful attack.

Just after the half-hour, a simple ball over the top caught out the defense and Sardar Azmoun did not need asking twice. That was the goal the Iranians needed, and Syria had to come out more than they wanted. The contest was over with a penalty that came before the break.

These were the details of the news Saudi Arabia’s Qari wins bronze at Abu Dhabi World Professional Jiu-Jitsu Championship for this day. We hope that we have succeeded by giving you the full details and information. To follow all our news, you can subscribe to the alerts system or to one of our different systems to provide you with all that is new.