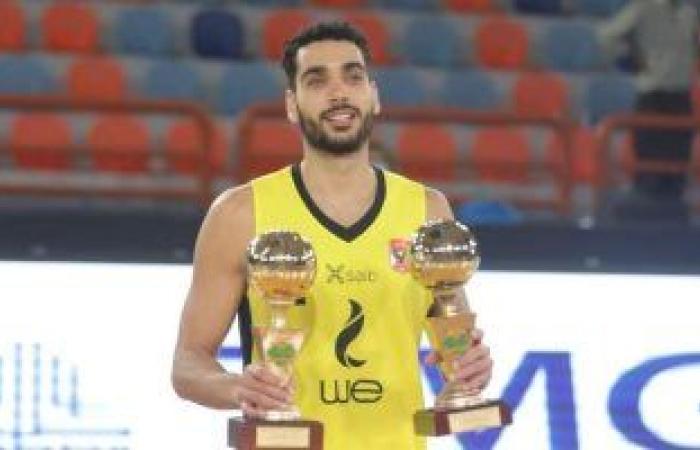 The technical staff of the Al-Ahly basketball team reassured the readiness of Ihab Amin, the red team’s star, before his match this evening against Al-Ittihad of Alexandria in the Basketball League final at eight in the evening.

Ehab Amin suffered from a hamstring muscle strain that kept him from participating in the first match for Al-Ahly In the final of the linked league to make sure of his readiness for the second match today.

Al-Ahly’s first basketball team, “men”, will play a decisive match today, Wednesday, when it faces the Alexandrian Al-Ittihad team in the second leg of the professional league final..

The match will start at eight in the evening at Hassan Mustafa Hall, preceded by the match of my team, which is linked to Al-Ahly and Al-Ittihad, which will be held at half past five in the evening..

And the “Al-Ahly Basketball Men” journey to the final of the linked league championship began through the first combined session that was held in Alexandria, during which the team presented strong performances and won over Sporting with a score of 68-65, over Tanta with a score of 77-52, and over Flying with a score of 78-49. While the 18-year-old team beat Sporting 62-47, Tanta 53-29, and Flying 86-24.

These were the details of the news Al-Ahly reassures Ihab Amin’s readiness before the basket-related final for this day. We hope that we have succeeded by giving you the full details and information. To follow all our news, you can subscribe to the alerts system or to one of our different systems to provide you with all that is new.

PREV View from Newcastle: On-field success and promise of successful future a year on from era-defining takeover
NEXT French star Wembanyama set for his first taste of NBA life