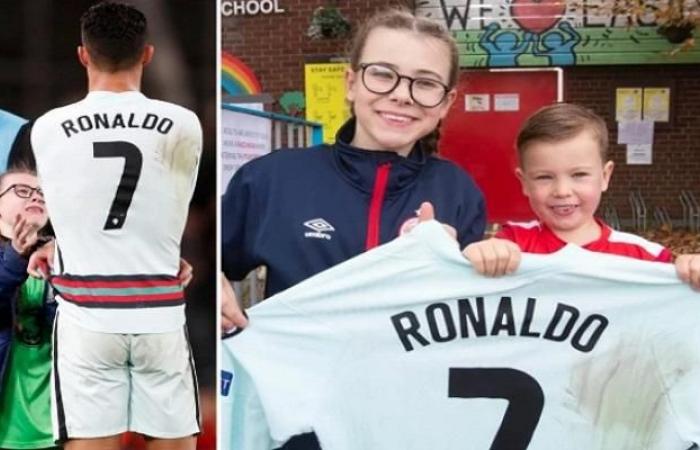 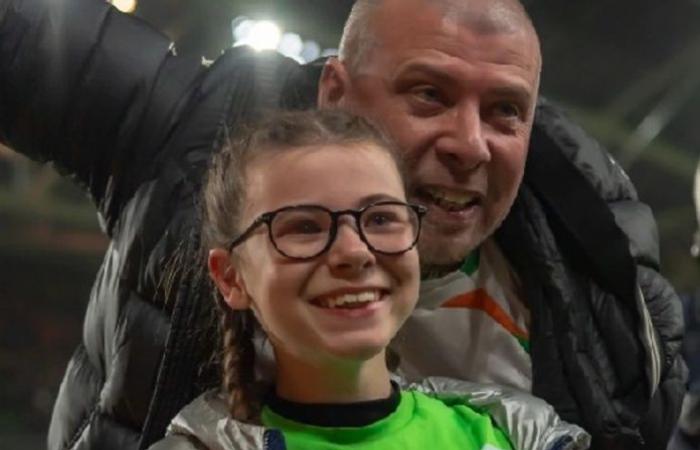 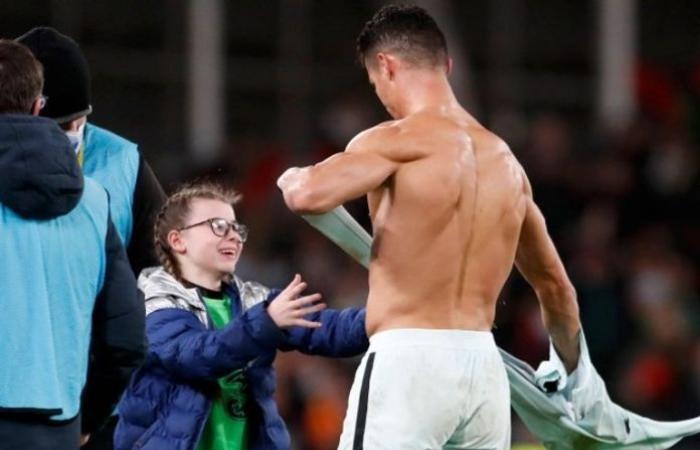 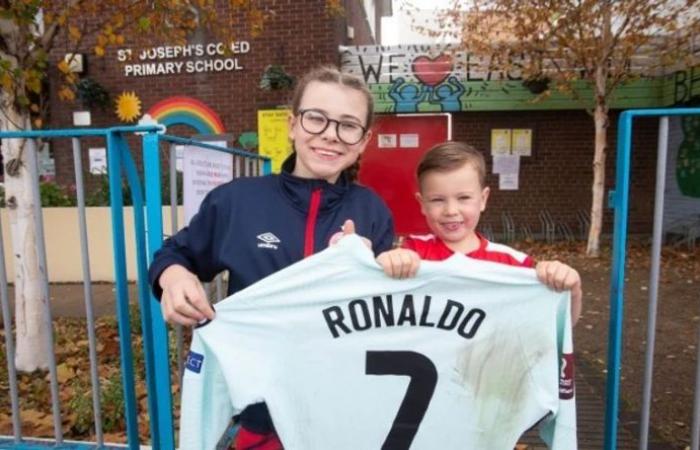 Irish child Addison Whelan has achieved a feat that many envy, obtaining the shirt of Cristiano Ronaldo, the legend of Portugal.

Cristiano Ronaldo participated in a goalless draw between his country and host Ireland (Thursday) in the European qualifiers for the 2022 World Cup, for the first group.

After the match, the girl, Whelan, succeeded in jumping the barriers between the stands and entering the field without any dire consequences, and asked for the shirt of the world football legend at Aviva Stadium in Dublin, and she succeeded in obtaining it.

Addison’s father, Peter, spoke about the plan developed by his daughter to get Cristiano’s shirt, in statements to the Irish newspaper “The Irish Sun”, stressing that: “My daughter had a tight plan to meet Ronaldo and get his shirt.”

The first step for the 11-year-old girl, according to her father, was “writing a large banner with Ronaldo’s name and asking him for his shirt. After I finished my work, I went to my house before the meeting, and we sat at the table and drew the poster, and wrote the request on it, but I don’t think he saw this banner.” basically”.

The father added: “The second part of the plan was to create the opportunity to try to enter the field, as we sat in good places, in the second row from the front, near the corner kick flag, and we did not need long to go to the stadium.”

And about the last part of the plan, he said: “Edison had to take to the field quickly, and she is fast and she succeeded in implementing that with ease and bypassing all obstacles and barriers.”

Ronaldo dealt very lightly with the girl when she stormed the stadium, and demanded the security men not to catch her, and he took off his shirt and gave it to him after he reassured her.

For her part, the child recounted that “Ronaldo turned around and saw me and asked the security not to catch me, I was shaking and crying, and I asked him to give me his shirt, I am a big fan of him, and he agreed.”

She added: “My father was shocked when he saw me getting the shirt… I said to myself: Oh God, this is my dream, and it has turned into reality.”

Peter explained what his daughter had done after receiving the shirt: “She took a day off from school to celebrate her achievement and went to her nanny’s house in East Wall to celebrate and relax.”

Despite fears that a fine of 3,000 euros would be imposed on the girl, for allegedly storming the stadium, the stadium officials issued a statement revealing that neither the girl nor her father would be fined.

The child stressed that the rumors of the fine would never have made her think about selling the shirt she got from Ronaldo, as she said: “I did not sell it for the whole world, and for millions of years I would not think of selling it, and I would put it in a frame and put it on the wall of my house, and I would not let it go. out of my sight.”

Peter revealed that his daughter turned into a famous person after that incident, noting that the calls did not stop all day after receiving the Cristiano Ronaldo shirt.

It is noteworthy that Addison plays like Cristiano Ronaldo as a striker in the Shelburne U-13 team, and despite her young age, she was promoted to the 14-year-old team and scored an amazing goal last week from outside the penalty area.

Peter described the achievement of obtaining Ronaldo’s shirt as “the most important goal she has scored so far, and she is working hard to achieve her goals.”

Strangely enough, Addison and her father do not like Free Manchester United, for whom Ronaldo plays, and love his old rival Arsenal at the beginning of the third millennium. Peter says: “She is not a fan of United, she is a big fan of Arsenal, but she just loves Ronaldo, and she is crazy about him.”

As for what little Edison has done with Ronaldo’s shirt so far, he said: “She slept in the shirt and put it next to her on the pillow… She is above the clouds because she got this shirt.”

These were the details of the news A neat plan.. How did the little girl of Ireland snatch... for this day. We hope that we have succeeded by giving you the full details and information. To follow all our news, you can subscribe to the alerts system or to one of our different systems to provide you with all that is new.