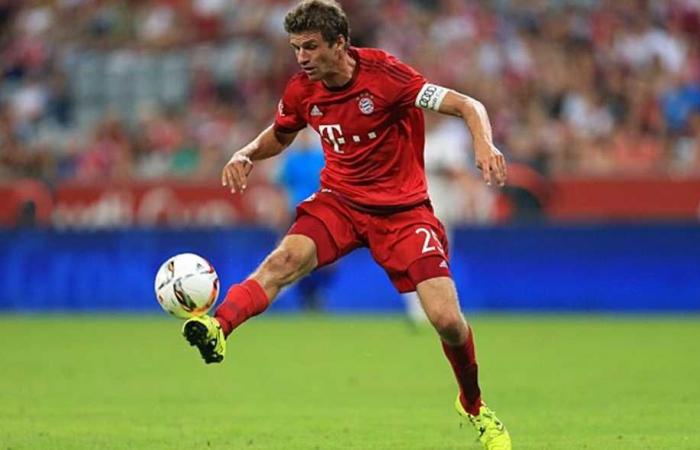 Bayern Munich star Thomas Muller apologized to the fans after the disastrous exit from the German Cup at the hands of Borussia Moenchengladbach with five goals without a response.

In a press statement after the match, Muller said: “We have never reached the stage of starting the Bayern engines. We can only apologize to our fans and apologize to Gladbach.”

“With the exception of Manuel Neuer, we had a disastrous performance. I’ve never been through something like this before. It’s hard to get through, but we have to put him behind us now because we have a game on Saturday.”

Bayern Munich coach Julian Nagelsmann missed the match due to his isolation after being infected with the Corona virus, which means that his assistant Dino Topmuller was the one who suffered the biggest defeat in the cup in Bavarian history.

Topmuller stressed the importance of getting out of this situation quickly, saying at the press conference: “It was a bad day, no doubt. I apologize that we disappointed our fans today.”

“We were in contact with Julian and brought the game plan together and discussed it. I don’t think it was a system problem. It’s just a black day when we were late for every ball. It’s hard to accept but we have to show a reaction.”

It is noteworthy that Bayern Munich left the cup from the round of 32 for the second time in a row after its sudden loss last year against Hostein Kiel, and also received its first loss with five goals or more since December 1978, which occurred against Fortuna Dusseldorf in the Bundesliga.

These were the details of the news FilGoal | News | Mueller on the Gladbach quintet:... for this day. We hope that we have succeeded by giving you the full details and information. To follow all our news, you can subscribe to the alerts system or to one of our different systems to provide you with all that is new.