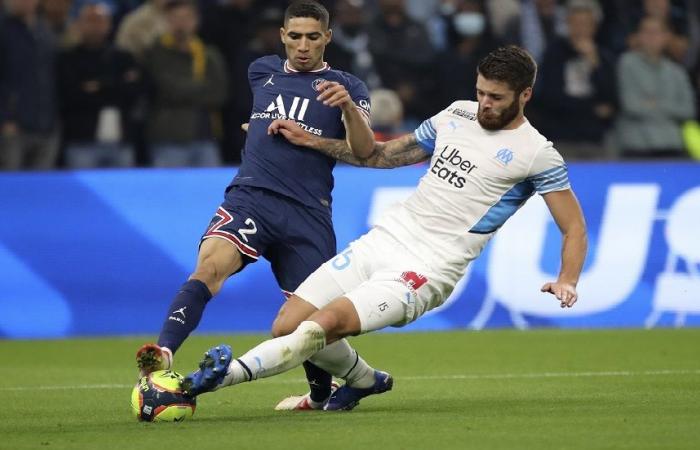 The Disciplinary Committee of the French Football League punished the right-back of Paris Saint-Germain, Moroccan Achraf Hakimi, with a complete suspension of one match, and another suspended.

The Moroccan international defender was suspended for receiving a red card in his team’s match against Marseille, in the “Ligue 1” Clasico, last Sunday.

Hakimi was sent off, for the first time in his career, in the 57th minute, after he committed a mistake against Marseille striker, Turkish Cengiz Under, when the latter was alone in the Paris goal.

Hakimi will therefore miss the Saint-Germain match against Lille, scheduled for Friday, for the 12th week of the French Football League.

These were the details of the news The French League suspended Moroccan Hakimi for this day. We hope that we have succeeded by giving you the full details and information. To follow all our news, you can subscribe to the alerts system or to one of our different systems to provide you with all that is new.