Salah is not among the top three .. Leaking the final... 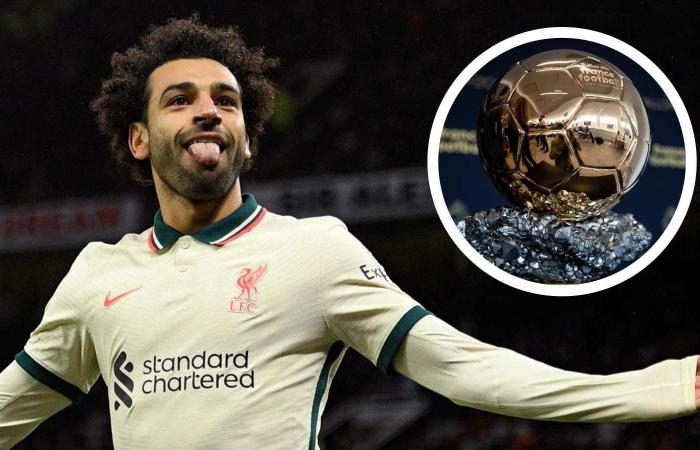 The Golden Ball fell out of the limelight in 2020, after France Football magazine decided to withhold it due to the Corona virus pandemic.

The year 2021 will witness fierce competition for the Golden Ball, with a clear brilliance from the Egyptian Mohamed Salah, the Liverpool star, and Karim Benzema, the Real Madrid striker.

The result is now already known because voting has been closed, but we’ll have to wait until November 29 to know if the leak is true.

Who will win the Ballon d’Or 2021, according to the leak?

The Spanish newspaper “Marca” published a leaked picture of the result of the voting for the Ballon d’Or, and revealed that the Polish Robert Lewandowski, the Bayern Munich star, is the first place, after he won 627 votes.

Behind Lewandowski, Lionel Messi, the French star of Paris Saint-Germain, comes in second, and Karim Benzema is third.

What is the top ten ranking in order of infusion?

The ranking for the top ten in the 2021 edition of the Ballon d’Or, according to the leak, is as follows:

Not the first leak!

This is not the first time that the Ballon d’Or vote has been leaked, as something similar had already happened in 2018 when Luka Modric won the award.

In that year, a list of all the places was leaked and Modric was in the lead, and the Croatian eventually won it.

These were the details of the news Salah is not among the top three .. Leaking the final... for this day. We hope that we have succeeded by giving you the full details and information. To follow all our news, you can subscribe to the alerts system or to one of our different systems to provide you with all that is new.