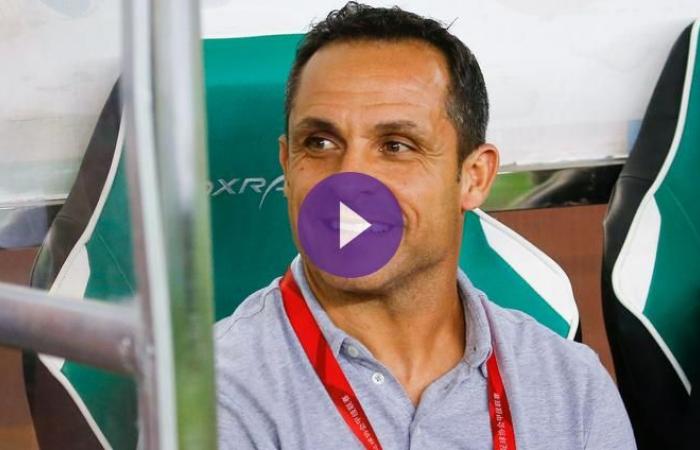 “FC Barcelona announces that Serge Barguan, the current coach of FC Barcelona B, will take over the temporary responsibility of the technical management of the first team,” the club’s official website said, explaining that his position as interim coach of the team will end upon the appointment of a new coach for the Catalan team.

Sergei Barguan will be present as an interim coach for the first time in the team’s training today, and he will make his first appearance in the media tomorrow, Friday, in the press conference before the match against Deportivo Alaves in the league on Saturday.

The 49-year-old former Spanish international had played for Barcelona for nearly nine years before concluding his career with Atletico Madrid.

Barcelona announced the dismissal of the Dutch first team coach, Ronald Koeman, after losing to Rayo Vallecano 1-0 on Wednesday evening in the 11th stage of the Spanish League.

The Catalan club said in a statement: “The club would like to express its thanks and gratitude for the services provided by Koeman to the team, wishing him all success in the rest of his career.”

Koeman, 58, replaced Quique Setien in August 2020, but failed to make an impact at Camp Nou, where he was struggling with Barcelonas poor financial situation, which led to Lionel Messi’s departure to Paris Saint-Germain.

Barcelona won with Koeman only one title, the Spanish Cup last season, but he failed to win the league title and came third behind the hero, Atletico Madrid, runner-up and neighbor Real Madrid.

This season, Barcelona is ninth in the League after 10 matches, and has suffered two consecutive losses in the Clasico against Real Madrid 1-2 Sunday and Wednesday against Vallecano.

These were the details of the news Barcelona appoints Sergi Barguan as interim coach for this day. We hope that we have succeeded by giving you the full details and information. To follow all our news, you can subscribe to the alerts system or to one of our different systems to provide you with all that is new.