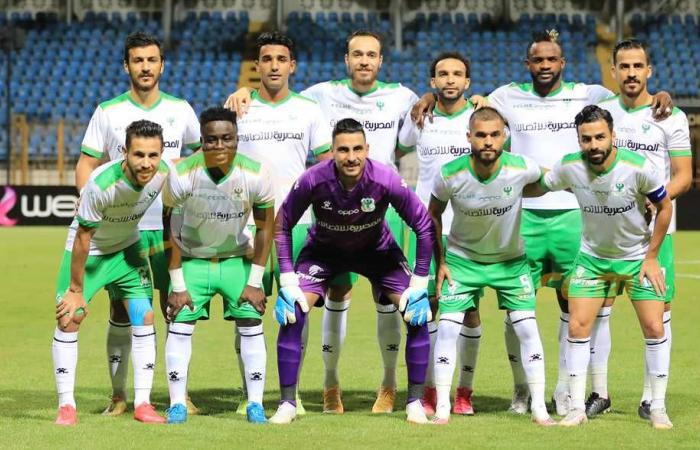 Tariq Hashem, a member of Al-Masry’s board of directors, revealed that the club had fined players who interrupted training.

“The team has been in a closed camp in Burj Al Arab since returning from Uganda,” Hashem told On Time Sports.

“The players refrained from training, and the administration decided to fine them,” he stressed.

And he added, “They refused due to the problem of not paying 25% of the participation rates in the matches, although the amount was deposited in bank accounts, but it was delayed by one day.”

And he concluded, “As soon as the problem was over, the players regularly went to training in preparation for the Ghazl El-Mahalla match.”

A source from the club had told FilGoal.com, “Amr Merhi will not be present in the Ghazl El-Mahalla match.”

“Marei stopped training for the third day in a row,” he added.

The source revealed, “Amr Marei did not get nearly 15% of the percentage of the contract provider, and a date has been set for its disbursement, but there is no balance.”

He continued, “The player was promised more than once, but the problem has not yet been resolved.”

The source concluded his statements, “Amr Merhi was interrupted due to the failure to fulfill the promises he was waiting for.”

In the same context, FilGoal.com learned that some of the Al-Masry players did not receive the prerequisites for their contract, at a time when the new players were given the full premises of their contract.

The team’s training was also postponed to 7 pm after it was scheduled to be held at 5 pm, until they joined the team after disbursing the participation rate for the last season.

But according to Hashem, the problem has been resolved.

These were the details of the news FilGoal | News | Al-Masry: We fined the players... for this day. We hope that we have succeeded by giving you the full details and information. To follow all our news, you can subscribe to the alerts system or to one of our different systems to provide you with all that is new.