UAE golfers get shot at big time in Asia-Pacific Amateur Championship with place at Masters, Open up for grabs 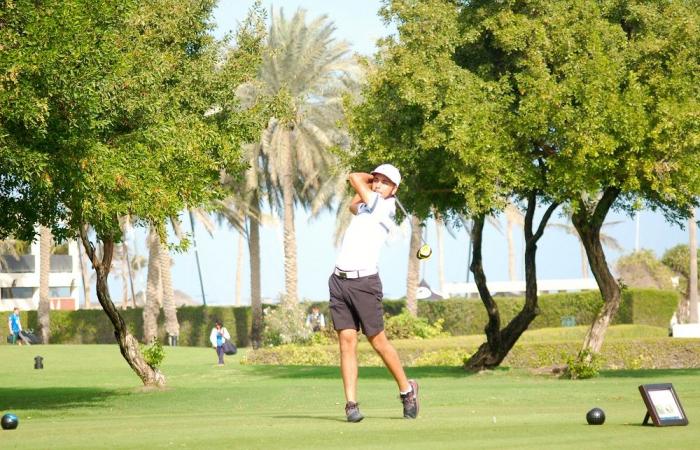 Thank you for reading the news about UAE golfers get shot at big time in Asia-Pacific Amateur Championship with place at Masters, Open up for grabs and now with the details

Rising star Fassi, 23, starting on the 17th hole in the day-to-night competition, carded eight birdies, an eagle and two bogeys in a thrilling career-high round. The round, her personal best as a professional, included a run of three straight birdies on holes four to six, another trio of consecutive birdies on holes 13 to 15, and a chip-in eagle on hole 16.

Pace led the field for most of her blemish-free round of 64, which featured an opening birdie on hole four that was quickly followed with twin birdies on 8 and 9, an eagle on 10, and further birdies on holes 14,16 and 18. Pace was only usurped at the leaderboard summit by Fassi’s closing eagle, while her playing partner, Germany’s Olivia Cowan, carded a bogey-free seven-under par 65 to sit one stroke ahead of Sweden’s Jessica Karlsson.

“It was pretty flawless today out there,” Fassi said. “It was my first time playing in the dark but it was awesome. I enjoyed it a lot and the course was great. Shooting 63 is a personal best; it’s awesome to tie the course record on the Faldo course, it’s a pretty big deal in my opinion. Now I’ve tied it, I want to beat the course record, but the reality is I just have to keep doing what I did today.”

Pace was happy with her performance and admitted some aspects of night golf were a real positive: “I’ve never played under floodlights before and I struggled in the Pro-Am, but it was a lot easier today — I’m glad I played the Pro-Am now. I like the tournament format, the night golf, it’s nice to sleep in in the morning.”

Welshwoman Lydia Hall and England’s Alice Hewson finished with five-under par rounds of 67, with Hall satisfied with the flat stick after carding 29 putts.

“It was a solid round tee to green. I only missed three greens today and that’s what cost me my two bogeys, but it was a good start to the tournament,” Hall said. “I always start a bit apprehensive as we’re not used to playing in the dark, but it’s a good start. I shot 29 putts today and that’s been my goal all year, to stay under 30, and it seems to be working.”

Two-time Major winner Ariya Jutanugarn, making her Dubai debut and first ever professional round under the floodlights, carded a four-under 68 to stay in touch with the leaders. Jutanugarn is in a chasing pack that includes England’s Bronte Law and Spaniard Carmen Alonso, the trio one ahead of Ariya’s sister Moriya in tied 10th.

Dame Laura Davies and Solheim Cup-winning captain Catriona Matthew had to settle for one under par rounds of 71.

“I played really well to be honest, it’s a shame I bogeyed the last (17th),” Davies said. “I drove really well, hit a few ropey irons a little bit left, but they were hitting the greens so two putting for par. It was quite an easy one-under par, could have been two or three, but I gave one back at the last.”

Davies also spoke of her delight at the progress Dubai is making in encouraging junior female golfers after participating in a special Emirates Golf Federation clinic with local youngsters. “It’s lovely seeing Dubai grow in the golf world. I did a junior clinic this morning and you wouldn’t have seen that 15 years ago, young girls from the area and all around the UAE coming for a bit of coaching. It’s lovely how Dubai is growing, but also how the game is growing,” Davies said.

One Dubai-based youngster making the headlines earlier this week was Chiara Noja, the 15-year-old who turned pro on the eve of the tournament. After a promising start, Noja finished on one over par after three bogeys in her last six holes.

“I made it a little bit difficult for myself at times, shot some birdies but also a couple of unnecessary bogeys,” Noja said. “I had some really good shots and was two under at one point, but lost it a little bit. I still had a great time. To be honest, this is the most relaxed I’ve been in a long time. I went out there, tried to focus on the game and not really think about the pressure of being a pro. The course was incredible, and the greens were great. I loved it.”

These were the details of the news UAE golfers get shot at big time in Asia-Pacific Amateur Championship with place at Masters, Open up for grabs for this day. We hope that we have succeeded by giving you the full details and information. To follow all our news, you can subscribe to the alerts system or to one of our different systems to provide you with all that is new.