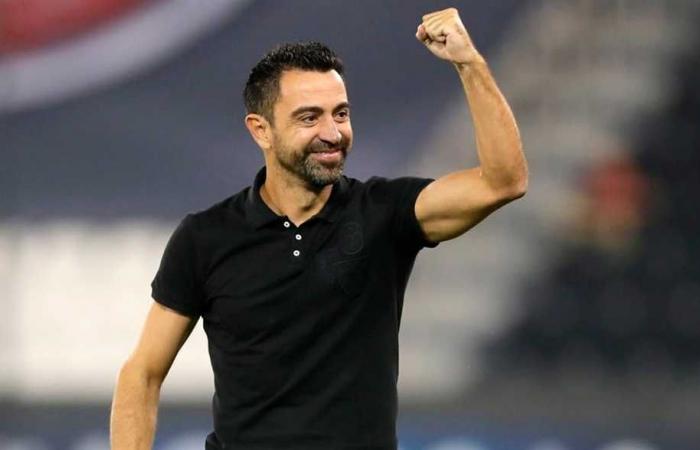 Xavi Hernandez has reached an agreement with Barcelona to lead the team during the coming period, replacing Ronald Koeman.

Barcelona had officially announced the dismissal of Koeman yesterday evening, Wednesday, due to poor results.

Barcelona lost to Rayo Vallecano 1-0 in the 11th round of the Spanish League.

And the report of the Spanish newspaper Sport revealed that Xavi reached an agreement with Barcelona and was the first choice for the Catalan team as an ideal person to start a new project.

The report indicated that what remains only for the official announcement is the termination of the contract linking Xavi with the Qatari club Al Sadd.

And the newspaper Sport indicated that there is a clause allowing Xavi to terminate the contract for one million euros.

The report revealed that Barcelona had already agreed with Xavi on everything, including the members of the new technical staff.

Xavi’s brother Oscar will be in the technical staff, in addition to Sergio Allegri as an assistant and Ivan Torres as a physical coach.

Koeman has coached Barcelona since the beginning of last season.

Under his leadership, Barcelona scored 141 goals and received 77.

Under Koeman’s leadership, Barcelona only won the Spanish Cup.

Barcelona lost the El Clasico at Camp Nou in the last round, with two goals to one.

In the Champions League, he lost his first two matches and did not score a goal against Bayern Munich and Benfica, before narrowly beating Dynamo Kiev.

These were the details of the news FilGoal | News | Sport: Xavi has reached an... for this day. We hope that we have succeeded by giving you the full details and information. To follow all our news, you can subscribe to the alerts system or to one of our different systems to provide you with all that is new.