Musimani refuses to appoint a new Egyptian coach for Al-Ahly 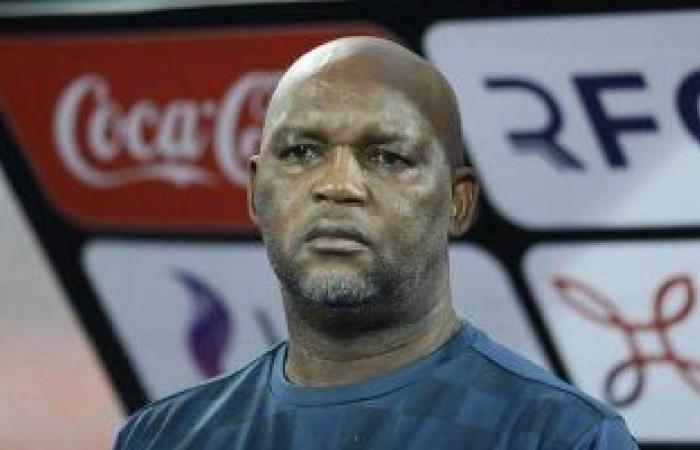 Al-Ahly coach Pitso Mosimane was satisfied with the names in the technical staff assisting him in training the red team, refusing to include new names in the technical staff during the coming period, after his compatriot Kyle Solomon was appointed as a performance analyst instead of Josha Valdoya, who left the same position at the end of last season.

And South African Kevin Johnson left the position of general coach in Al-Ahly at the end of last season, at the request of Pitso Musimani, who refused to continue, and despite the nomination of the Planning Committee in the Red Castle more than one position to succeed Johnson, Musimani reserved all the names and asked to continue with the same current formation of the technical staff without Add any new member.

Al-Ahly has included many local and foreign deals, this summer, in the forefront of which is South Africa’s Besri Tao from Brighton, England, Mozambican Luis Micisoni from Simba of Tanzania, Karim Fouad from the stars, Hossam Hassan from Smouha and Mustafa Al-Badri from Military Production, although the latter has left for Future Club. on loan.

Al-Ahly also returned the duo, Ahmed Abdel-Qader and Ammar Hamdi, after the end of their loan to Smouha and Al-Ittihad clubs, respectively, and Al-Ahly also succeeded in including many young deals, as it included goalkeeper Mustafa Makhlouf from the arsenal, as well as goalkeeper Adham Siha from Wadi Degla, and the two goalkeepers were born in 2003.

Al-Ahly included Youssef Mansour, the wing of the Pyramids team, born in 2001, for five seasons in a free transfer deal. Al-Ahly also included Abdul Rahman Muhanna, from Al-Nasr, and Hamdi Yasser, from Desouk and Youssef Siddiq, defender Smouha, born in 2001, in addition to contracting with the famous Mohamed Hamdi Messi, Tigris player, born 2003

These were the details of the news Musimani refuses to appoint a new Egyptian coach for Al-Ahly for this day. We hope that we have succeeded by giving you the full details and information. To follow all our news, you can subscribe to the alerts system or to one of our different systems to provide you with all that is new.