Liverpool target a winger from the French League in January to... 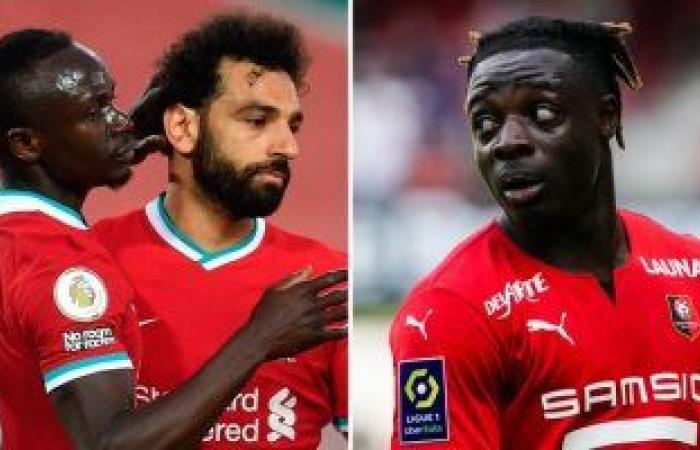 English press reports revealed that Liverpool may speed up the implementation of its plans to bring Rennes French winger Jeremy Duques to “Anfield” next January, because the two star attackers, Mohamed Salah and Sadio Mane, are preparing to represent Egypt and Senegal, respectively, in the African Nations Cup that will be held at the beginning of the year. the new Year.

The Reds duo will miss Liverpool to participate in the tournament that will be held in Cameroon between January 9 and February 6, with the absence of a number of Premier League stars as well.

Premier League clubs may be without their African players from December 27, although coaches are looking to negotiate a compromise to release their players at a later date.

Jurgen Klopp spoke of his frustration with the loss of Salah and Mane because he admitted that he was unable to prevent them from going.

He said: “We learned (the absence of Salah and Mane) and we have to deal with him and we will deal with him how? We will see in January.”

He added: “People are saying now that we have to sign strikers with the same qualities as Sadio and Mo, this cannot be a solution because we cannot do that, so we have to find a solution for that in January.”

But according to the newspaper “Express”, Klopp may only bring in one striker, French-Belgian Rennes player Ace Duques, as they have been watching him since Euro 2020.

These were the details of the news Liverpool target a winger from the French League in January to... for this day. We hope that we have succeeded by giving you the full details and information. To follow all our news, you can subscribe to the alerts system or to one of our different systems to provide you with all that is new.