Home Sports | A heated discussion between Reda Abdel-Aal and... 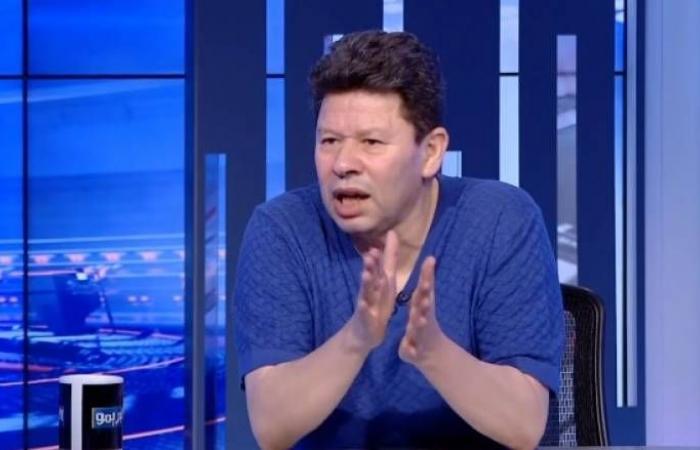 A heated discussion took place between Reda Abdel Aal, the star of Zamalek andAl Ahly the former, and Reda El-Beltagy, the former referee; Because of the arbitration cases in the match between Al-Ahmar and Al-Ismaili in the opening match of the league, which ended with the victory of the Red Devils by four without a response, in the meeting that was held between the two teams at the Burj Al Arab Stadium in Alexandria.

Reda Abdel-Aal disagreed with Al-Beltagy over the arbitration decisions in the Al-Ahly and Ismaili match; The first saw that Al-Ahly’s penalty kick came because of Marouane Al-Sahrawi, the Ismaili player, to Miccione, the Red Wing, in the penalty area.

While Reda El-Beltagy saw that the penalty kick was awarded because of a kick from the foot, to which “Abdel-Aal” replied to him, saying: “You are like this, you are not in the match, captain.”

The dispute did not stop in this case, but rather they discussed the red card obtained by Alio Diang, Al-Ahly midfielder, especially since Reda Abdel-Aal believes that the ball was worthy of direct expulsion, especially since what happened from the player was “reckless”, while Reda El-Beltagy confirmed the opposite. That, noting that the referee’s decision was correct with the second yellow card and then the expulsion.

The Al-Ahly and Ismaili match witnessed 4 goals for Ali Maaloul, from a penalty kick, and South African Percy Tau (two goals), while the fourth goal was scored by Ahmed Abdel Qader, who returned from loan from Smouha Club, after a great performance last season.

Al-Ahly won the first three points in the league championship, after a wonderful match against the Dervish, through which the new deals succeeded in presenting their credentials in the first matches of the league.

These were the details of the news Home Sports | A heated discussion between Reda Abdel-Aal and... for this day. We hope that we have succeeded by giving you the full details and information. To follow all our news, you can subscribe to the alerts system or to one of our different systems to provide you with all that is new.