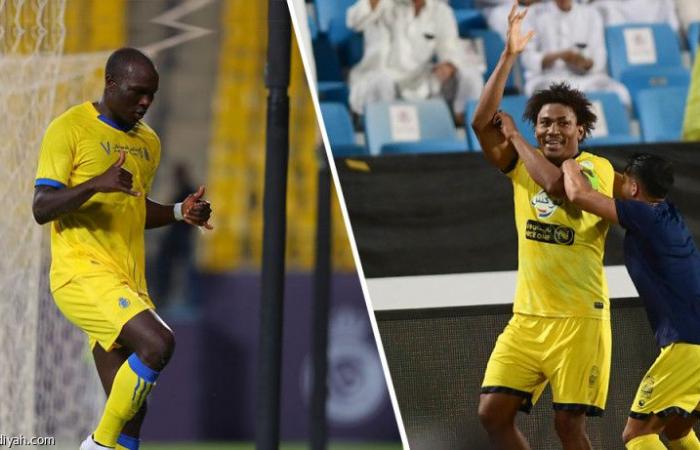 The Cameroon national football team saw the addition of Leander Tawamba, Al-Taawoun striker, for the first time since 2018. The squad also included Abu Bakr Vincent, Al-Nassr player, in preparation for the matches against Malawi and Ivory Coast in the African qualifiers for the 2022 World Cup.
The opportunity became favorable for Taomba (31 years) for his first appearance with his country through an official match, as he had previously participated in a test meeting that brought his team together with his Kuwaiti counterpart in 2018, when he played 81 minutes, to return again to wear the Cameroon shirt on the way to the World Cup.
Abu Bakr, the Al-Nasr striker, who has guaranteed his seat with the Lions of Africa since 2010, continued to be called up, as he is preparing to participate in the 64th international match, as he scored during those confrontations 20 times.
It is noteworthy that Tawamba scored 6 goals with Al-Taawoun during 9 rounds in the Mohammed bin Salman Professional League, while Abu Bakr scored 3 goals so far.

These were the details of the news Aboubacar and Tawamba lead the Cameroon attack for this day. We hope that we have succeeded by giving you the full details and information. To follow all our news, you can subscribe to the alerts system or to one of our different systems to provide you with all that is new.