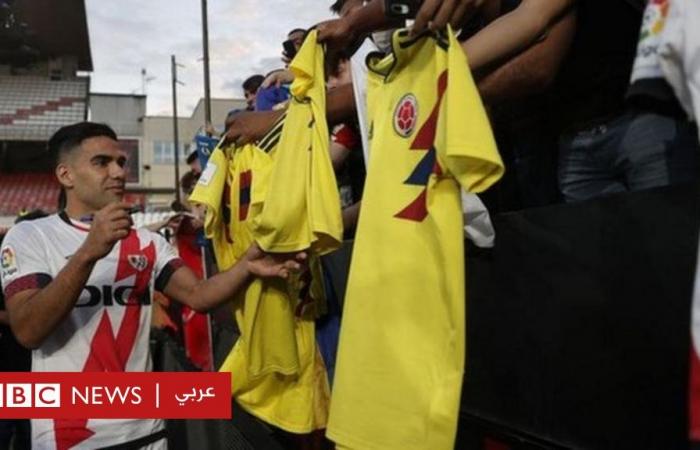 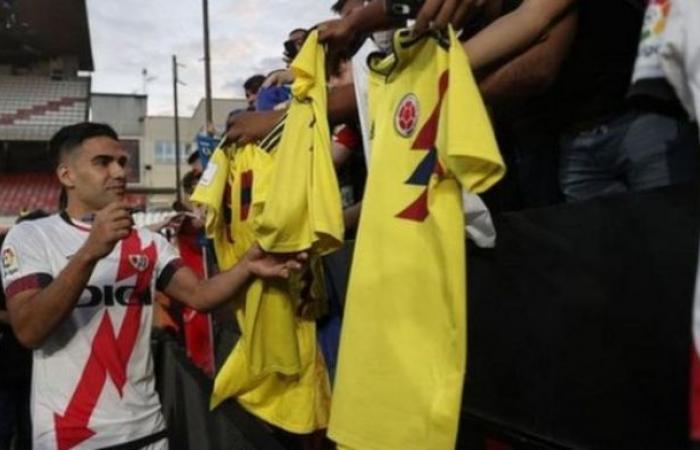 And by scoring 55 goals in 73 matches, or 0.76 goals per match, he is the owner of the best goal rate achieved by any player in the Spanish league, this century, with the exception of the “two giants”.

Cristiano Ronaldo scored 1.07, while Lionel Messi’s average is 0.91 in the history of the Spanish League.

Falcao scored most of his goals during two wonderful seasons he spent at Atletico Madrid, between 2011 and 2013, when the Colombian star established himself as one of the greats of football in the world.

Although injuries later disrupted his career with the teams of Monaco, Manchester United and Chelsea, Falcao is regaining his fitness and effectiveness in the recent period. He played two successful seasons with Galatasaray, during which he scored 20 goals in 43 matches.

A decade later, Falcao returns to the city that made him a world star. Although at the age of 35 he does not have the superpowers that he enjoyed at the height of his career, days have proven that he is providing a great service to his new team on and off the field.

The Rayo Vallecano fans were overjoyed when Falcao signed for them at the last moments before the transfer window was closed. They are not accustomed to receiving players with such world-class skills. They did not know a player on the level of Falcao except the Mexican Hugo Sanchez in the nineties.

Falcao was as usual and at the level of expectations in his first appearance with his new team, as he scored his first goals only 10 minutes after coming on as a substitute, to ensure a 3-0 win against the neighbors Getafe.

He followed his first goal with another goal in stoppage time, which gave his team a win, outside his field, against Atletico Bilbao with two goals against one goal. He scored his third goal in his first match, and his team won it against Cadiz by three goals to one.

This outstanding performance puts Falcao on the list of top scorers in the Spanish League once again, and makes the Rayo Vallecano team among the surprises of this season, after ensuring the rise in the play-off matches in June.

Rayo Vallecano is seventh in the league, ahead of Barcelona, ​​before Wednesday’s match between them, thanks to winning all the matches he played at home.

In addition to Falcao’s influence, the team is gaining admiration thanks to the attacking style adopted by coach Andoni Ayarola. This style has made him one of the hottest young talents in coaching, after a long career as an Athletic player.

And Rayo Vallecano’s fan circle expanded to become the second favorite team for the most fans in Spain.

The team is located in the streets of Vallecas, one of the poorest suburbs of the capital, Madrid. Rayo Vallecano is characterized by maintaining its traditional, popular character, rejecting the luxury and modern style, as is the case of Real Madrid, which is based in the upscale neighborhoods in the north of the city.

Robbie Dunn published a book on Rayo Vallecano called “Working Class Heroes”, explaining the identity of the team. “Rio Vallecano is a working class team to the core,” he told the BBC. It is the last popular group in the true sense of the word. There is authenticity in anything about the team, from the staff to the fans to the vendors on the field.

Much of the “sense of authenticity” stems from the Latin American influence. More than 400,000 Latin Americans lived in Madrid, including 60,000 from Colombia. Most of them settled in modest dwellings in neighborhoods such as Valikas.

This explains why the arrival of Falcao to the team is not an ordinary occurrence.

Suddenly a national hero came to their door. For the fans, it is more than success on the field. The issue is about pride and identity as well. And proof of Falcao’s standing among fans is that the team sold all the shirts to fans after the Colombian star joined, not one of them left last week.

Dan believes that Rayo Vallecano is the closest you can find to a pure passion for Latin American football, which values ​​exhibition play and creative technical skills. This explains why Falcao is the right player for the team.

But things in the Rio Vallecano are not all buttermilk between management and fans. The club’s president, Raul Martin Brisa, has aroused the discontent of his fans, who believe that during his 11 years of administration he neglected the development of the stadium’s facilities.

Dunn adds that the club’s president invited politicians from the right to attend one of the matches with him last season, which the fans considered “an insult” to them and “the region that is a stronghold of the working classes.”

The anger of the Rayo Vallecano fans at their club’s president over his stances on non-disputable issues adds to the team’s ambiguity. And the arrival of Falcao increases the curiosity to follow his career this season.

These were the details of the news Radamel Falcao: Why is the Colombian striker a “national hero” in... for this day. We hope that we have succeeded by giving you the full details and information. To follow all our news, you can subscribe to the alerts system or to one of our different systems to provide you with all that is new.