At the beginning of the journey .. Al-Ahly beat Ismaili by... 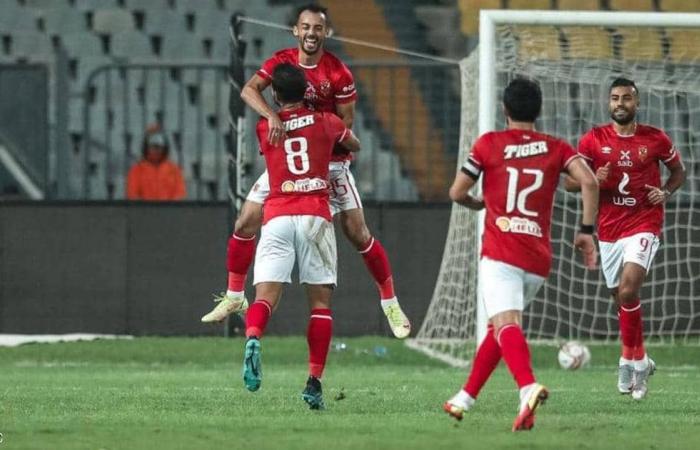 The red team played with ten players after the expulsion of Malian Aliou Diang since the 74th minute, for obtaining the second yellow card after roughness with Mohamed Al-Shami.

Al-Ahly grabbed the first 3 points, temporarily leading the standings, while it was eliminated Ismaili With a heavy defeat and without points in the absence of his coach, Talaat Youssef, who is infected with the Corona virus.

In another match, Pyramids won a difficult victory over its guest Egypt, Al-Maqasa, with a score of 2-1 at the Air Defense Stadium.

And the Moroccan newcomer shined Walid Al Karti Coming from Wydad Casablanca last summer, he scored two goals from Pyramids (44 and 60), while Ivorian Serge Eric scored the only clearing goal (50).

These were the details of the news At the beginning of the journey .. Al-Ahly beat Ismaili by... for this day. We hope that we have succeeded by giving you the full details and information. To follow all our news, you can subscribe to the alerts system or to one of our different systems to provide you with all that is new.