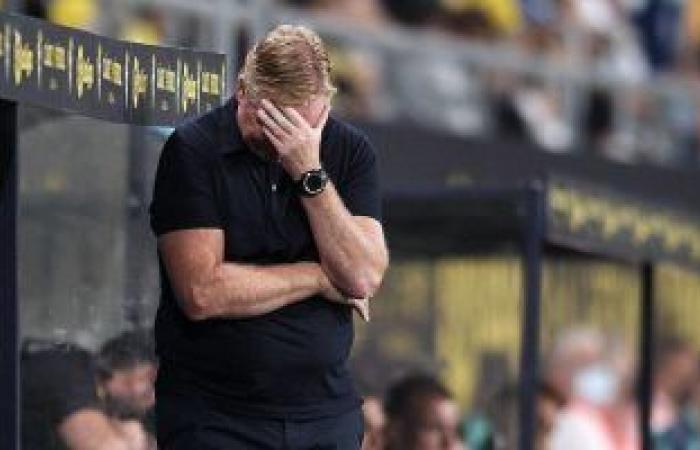 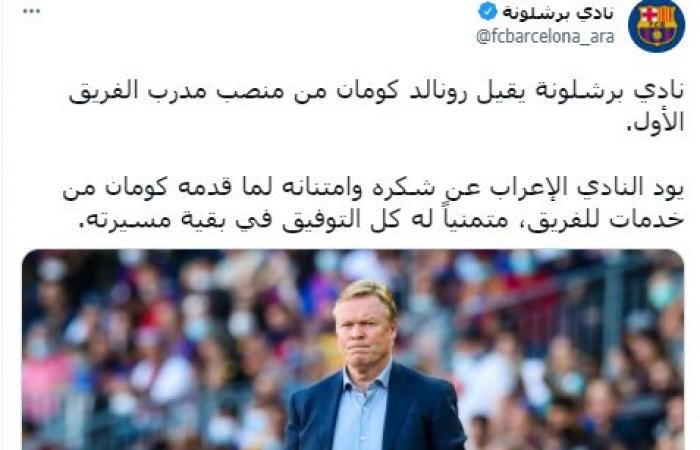 Barcelona has officially announced the dismissal of coach Ronald Koeman from coaching the team, after the loss that Barca suffered against its host Rayo Vallecano, with a goal for free, in the match that was held at the “Teresa Rivero” stadium, as part of the eleventh round of the competition. Spanish League for the current season.

Barcelona said in a statement on its official website: “FC Barcelona has relieved Ronald Koeman of his duties as coach of the first team, and club president Joan Laporta informed him of the decision after the defeat against Rayo Vallecano. Ronald Koeman will say goodbye to the team on Thursday at the training grounds.”

The statement concluded: “FC Barcelona would like to thank Koeman for his service to the club and wish him all the best in his professional career.”

And the Catalan newspaper, “Sport”, indicated that Koeman is no longer coach of the Barcelona team, after the club settled on his dismissal, and that Barca president Joan Laporta told the Dutch coach of the decision.

Barcelona had lost in the last round of the Spanish League against Real Madrid in the El Clasico, 2-1 at the Camp Nou, before losing to Vallecan, dropping to ninth place in the La Liga standings.

Veteran Colombian striker Radamel Falcao scored the winning goal for Rayo Vallecano in the 30th minute, taking advantage of a counter-attack for his team, to hit the ball with his left from inside the penalty area.

Dutchman Memphis Depay missed a penalty kick for Barcelona in the 73rd minute, which was ably saved by Rayo Vallecano goalkeeper.

Barcelona played today’s match in a difficult atmosphere due to the great anger of its fans against the technical staff led by Ronald Koeman due to the poor results this season, the latest of which was the loss of El Clasico against traditional rivals Real Madrid with two goals against a goal in the last round, but Barca could not return to the positive results.

With this result, Barcelonas balance stops at 15 points, occupying ninth place in the table of the Spanish League, while Rayo Vallecano is fourth with 19 points.

These were the details of the news Barcelona officially announces the dismissal of Koeman as coach of the... for this day. We hope that we have succeeded by giving you the full details and information. To follow all our news, you can subscribe to the alerts system or to one of our different systems to provide you with all that is new.