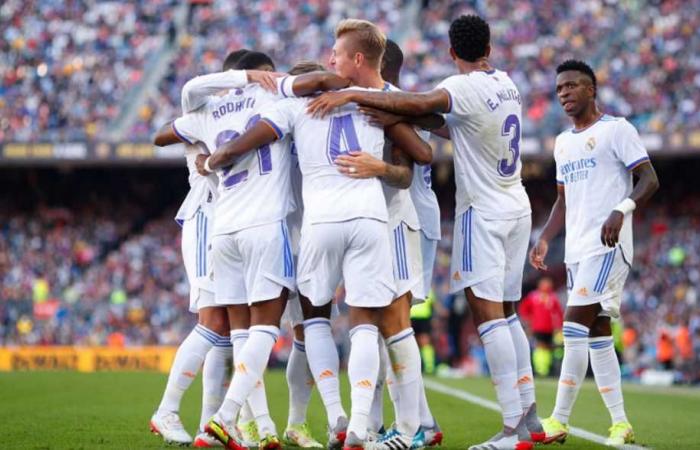 Real Madrid did not take advantage of the moral motivation resulting from its victory in the Clasico against Barcelona at the Camp Nou and fell into the trap of a draw against Osasuna.

Real Madrid hosted its rival Osasuna today, Wednesday, at the Santiago Bernabeu in the 11th round of the Spanish League, and a goalless draw.

But Real Madrid, Seville and Real Sociedad played 10 matches against 11 for Betis.

The match started quietly, and dangerous opportunities were missed, and the first opportunities came with a shot from Karim Benzema, but his shot came outside the penalty area.

Eduardo Camavinga hit a powerful shot, but it hit the net from outside.

It was followed by another shot from Dani Carvajal that went wide.

Toni Kroos sent a cross from the left, which was dispersed by the Osasuna defense, and launched a quick counter-attack that ended with John Moncaiola hitting the right post of Real Madrid’s goal.

Benzema hit another ball that hit the crossbar.

Casemiro took advantage of the Osasuna goalkeeper’s goal, but his shot went wide.

Nothing happened, and the match ended in a goalless draw.

These were the details of the news FilGoal | News | No investment to win El... for this day. We hope that we have succeeded by giving you the full details and information. To follow all our news, you can subscribe to the alerts system or to one of our different systems to provide you with all that is new.