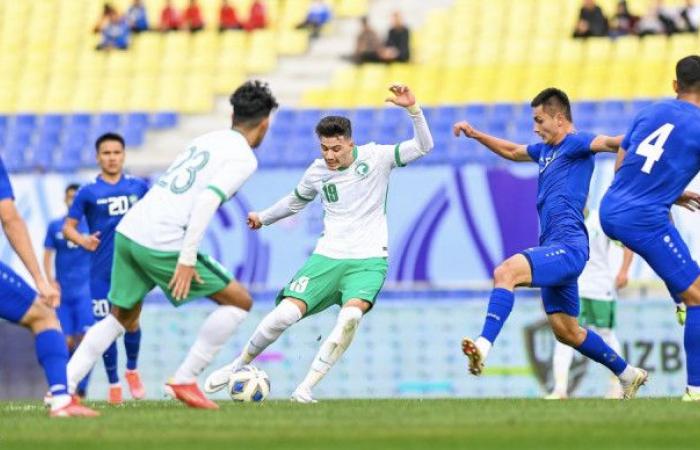 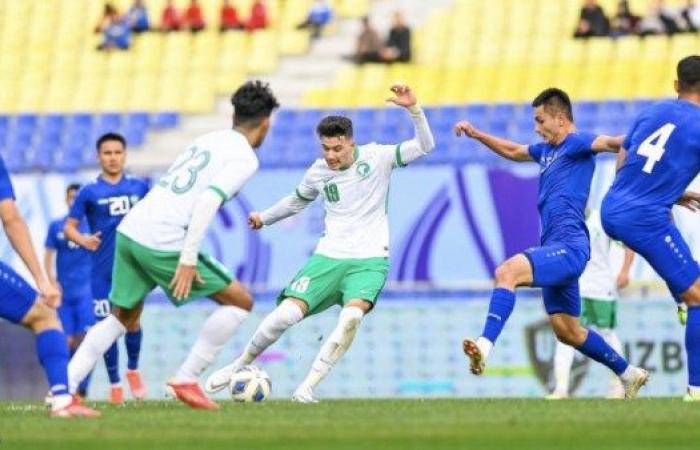 On Wednesday, the Saudi Olympic football team opened its qualifiers for the 2022 AFC U-23 Cup, with a 2-2 draw with Uzbekistan, which is hosting the qualifiers.
Al-Akhdar Hamid Al-Ghamdi scored goals in the 40th minute, and Abdul Mohsen Al-Qahtani two minutes after the start of the second half, while the Uzbek team scored two goals in the 45th and 79th minutes.
The Saudi team is among the teams in Group D, which includes its host Uzbek counterpart, Kuwait, who will meet Al-Akhdar in the second round matches on Saturday, and Bangladesh on November 2, where the trio will compete to snatch the qualification ticket from the group.
It is noteworthy that the results of the Uzbekistan national team are not counted in the qualifiers, as it is the host team of the tournament, which will be played in early June of next year.

These were the details of the news Olympic tied with Uzbekistan in an uncalculated match for this day. We hope that we have succeeded by giving you the full details and information. To follow all our news, you can subscribe to the alerts system or to one of our different systems to provide you with all that is new.