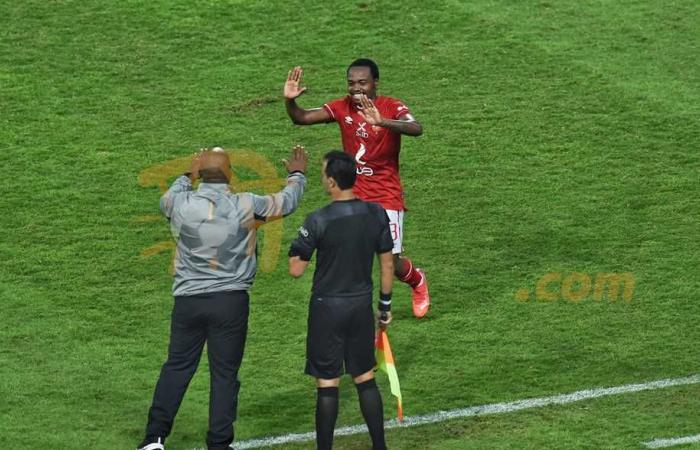 Despite scoring two goals in his first appearance with Al-Ahly, Percy Tau is not the first foreigner to score more than one goal in his first participation with Al-Ahmar.

Tao scored two goals in the first half of the team’s confrontation with Ismaili in the first round of the league, which witnessed the South African’s first appearance with the team.

However, Tao was preceded by Ghanaian John Antwi.

The historical top scorer for foreigners in the Egyptian league, he scored 4 goals in his first appearance with Al-Ahly, against El-Gouna in the famous meeting that the coastal team played in the Cubs on August 22, 2015.

In that match Malik Evona also scored a goal, which was a goal in his first appearance with Al-Ahmar.

These were the details of the news FilGoal | News | Tao is not the first... for this day. We hope that we have succeeded by giving you the full details and information. To follow all our news, you can subscribe to the alerts system or to one of our different systems to provide you with all that is new.