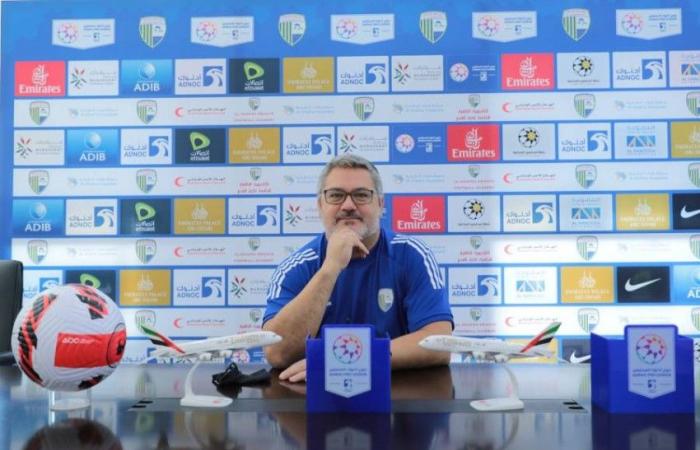 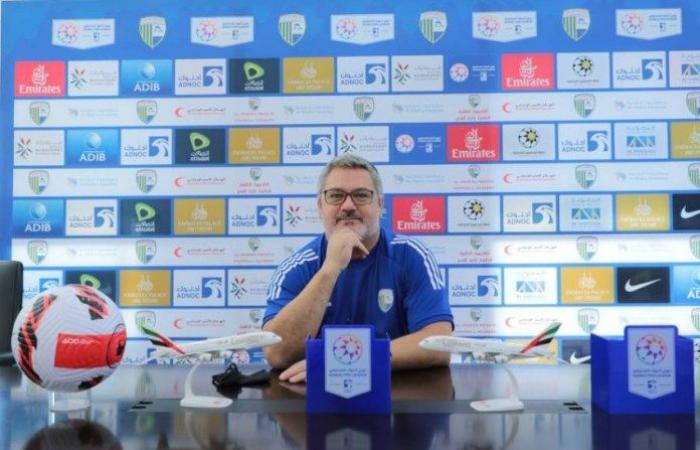 Brazilian coach Rogerio Micale stressed the importance of his team’s players regaining their vitality at the present time, in light of the pressure of the matches that the team played within a week, which amounted to three matches.

Today, Wednesday, Micale said in the introductory press conference for the Al-Wahda match within the eighth round of the ADNOC Professional League, that everyone is also working with focus to prepare for facing Al-Wahda.

The Al Dhafra coach revealed that he could not confirm the existence of specific changes in the squad except that everyone performed well during the training, despite the absence of some players during the last two weeks, stressing that the team is fully prepared for the match, adding that there is no significant absence except Ahmed Ali, who continues operations rehabilitate him.

Regarding his competitor, Al Wahda, Micale stated that the technical change that took place in the team, of course, will cast a shadow over the players and their motivation towards the match to highlight their best, noting that it will certainly not be easy.

These were the details of the news Al Dhafra coach: We are ready to face Al Wahda for this day. We hope that we have succeeded by giving you the full details and information. To follow all our news, you can subscribe to the alerts system or to one of our different systems to provide you with all that is new.