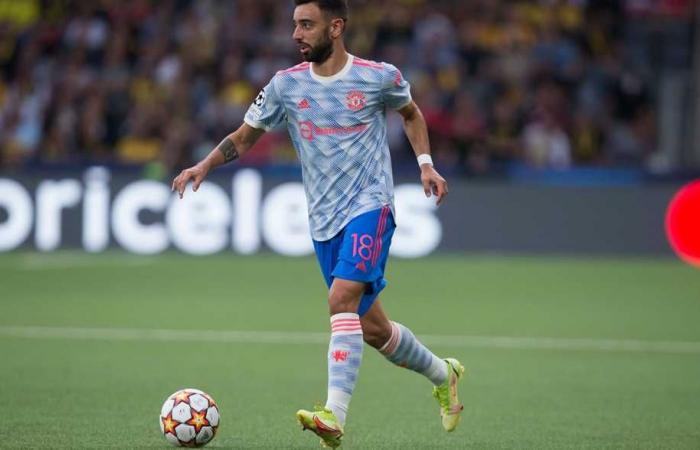 Manchester United’s Bruno Fernandes has expressed his confidence in coach Ole Gunnar Solskjaer, stressing that the team has improved under his command, despite not winning trophies with him so far.

He continued, “Ole is our coach, and we follow him daily and follow his ideas, and we will continue to do so. We trust the coach and his staff, and we have to implement what he asks of us.”

“Solskjaer has been here for three years and it’s true that we haven’t won a championship, but the team has improved a lot.”

Bruno concluded his speech by saying: “There are a lot of things that we have to improve, and the same applies to the coach and his staff, improving them as well, and all of this is part of football.”

Solskjaer is under sharp criticism for the shakeup of United’s results under his command, especially this season, despite the team’s support with strong deals in the summer transfer market, the most important of which is the inclusion of Cristiano Ronaldo.

These were the details of the news FilGoal | News | Bruno Fernandes: We trust Solskjaer,... for this day. We hope that we have succeeded by giving you the full details and information. To follow all our news, you can subscribe to the alerts system or to one of our different systems to provide you with all that is new.