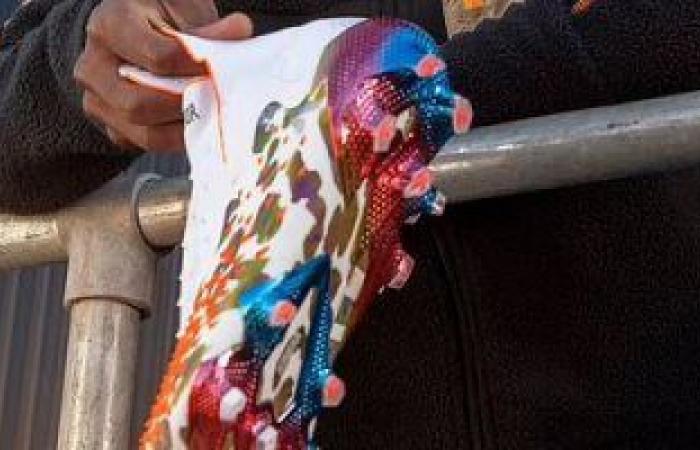 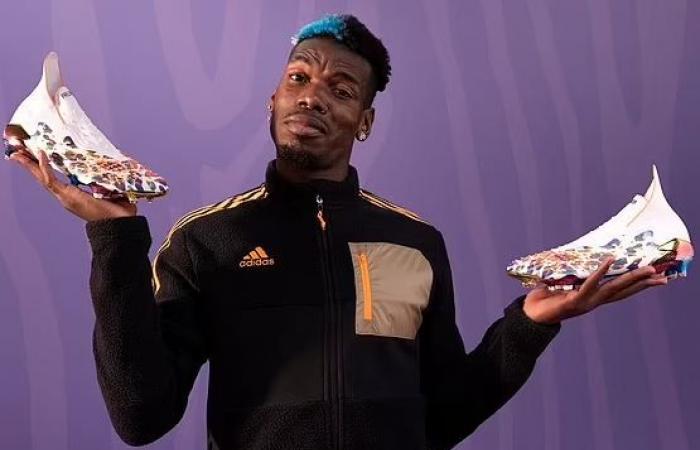 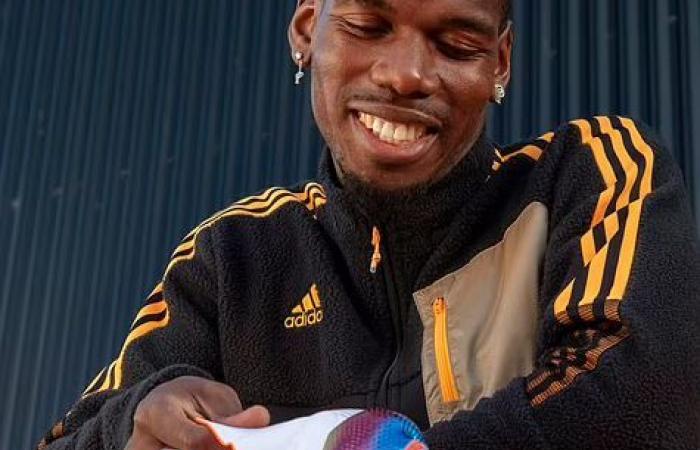 become a star French Paul Pogba, the Manchester United player, became the first player to wear vegan football boots in the world after he collaborated with a global brand to design this vegan boot. During his five-year stint at Old Trafford.

French star Paul Pogba, World Cup winner, launched the first new vegan soccer shoes, and the pictures showed the shoes without laces, which are the latest version manufactured using plant materials to make the white shoe with tiger spots in blue and green, and orange rubber rivets, according to the newspaper, “Daily Mail” ” British.

Pogba poses for a photo with vegan boots

A single version of the vegan boot costs £236, while the lace-up model costs £211, and the boot is made from recycled materials.

On the other hand, press reports revealed – earlier – an improvement in the relationship between the agent of Manchester United player Paul Pogba and the management of Real Madrid in the recent period, after it had some tension.

And the Spanish newspaper, “Marca”, spoke about the efforts of Real Madrid to include the player in the coming period, as Pogba’s contract with Manchester United expires at the end of the current season, and he has not signed a new contract yet, and Manchester United wants to keep Pogba, who has been working in the club since a year 2016, although he has struggled at times for consistency under both Jose Mourinho and Ole Gunnar Solskjaer, the Red Devils are hoping to sign a new deal.

These were the details of the news Pogba wears the first vegan shoes in the world, costing 236... for this day. We hope that we have succeeded by giving you the full details and information. To follow all our news, you can subscribe to the alerts system or to one of our different systems to provide you with all that is new.