A crisis is on the horizon between Egypt and Liverpool ..... 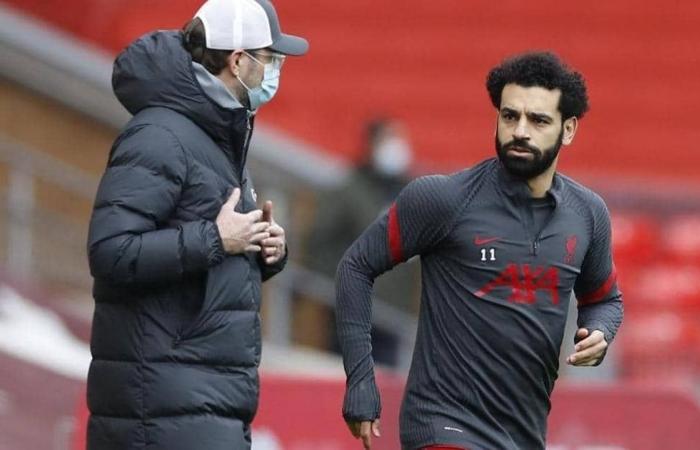 Under the current situation, the “Reds” coach faces yourgen club The nightmare of losing his biggest star in the offensive line, Al-Masry Mohamed Salah and Senegalese Sadio Mane, in 8 potentially crucial matches in the new year.

It will also call the Guinean Naby Keita To represent his country in the tournament that will be held in Cameroon In January, which will be shown Leferball Under heavy pressure during the beginning of the year.

It states the rules International Football AssociationHowever, qualified teams can call up their players on December 27, for the tournament, which will run from January 9 to February 6.

And according to the British newspaper, “Mirror”, Liverpool aspires to be able to persuade the teams to delay calling up players Leferball Until January, a few days before the start of the tournament.

Klopp aspires to play in the top match against Chelsea, on January 2, with the presence of Mane and Salah, to allow them to join their teams on January 3.

The teams approval of Klopp’s request may expose them to real pressure, to introduce their stars into the atmosphere of the team and the championship, and Klopp’s request may cause a “crisis” between the Egyptian, Senegalese and Guinean national teams, and between Liverpool FC.

Senegal will play its first match against Guinea with the participation of Mane and Keita on January 10, while Salah will lead the Egyptian team on January 11 against Nigeria.

The Liverpool trio may miss 8 full matches for the team, if they leave on December 27, and participate until the final rounds of the African Championship.

These were the details of the news A crisis is on the horizon between Egypt and Liverpool ..... for this day. We hope that we have succeeded by giving you the full details and information. To follow all our news, you can subscribe to the alerts system or to one of our different systems to provide you with all that is new.