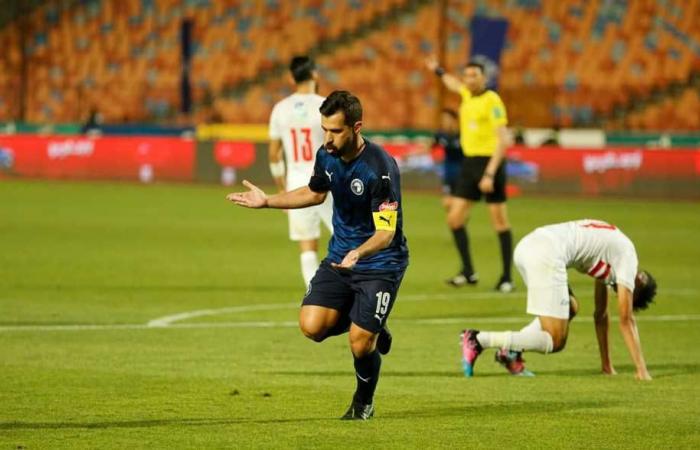 Abdullah Al-Saeed returned to the Pyramids squad to face Azzam Al-Tanzania in the second leg of the 32nd round of the African Confederation Cup.

Azzam Al-Tanzania will be a guest of Pyramids at nine oclock on Saturday evening, in the second leg of the 32nd round of the Confederation at the Air Defense Stadium.

Al-Saeed missed the first leg of the match due to a hamstring injury, which ended in a goalless draw.

The team will play its last training at eight oclock on Friday evening at the Air Defense Stadium as part of its closed camp.

These were the details of the news FilGoal | News | Pyramids List for this day. We hope that we have succeeded by giving you the full details and information. To follow all our news, you can subscribe to the alerts system or to one of our different systems to provide you with all that is new.