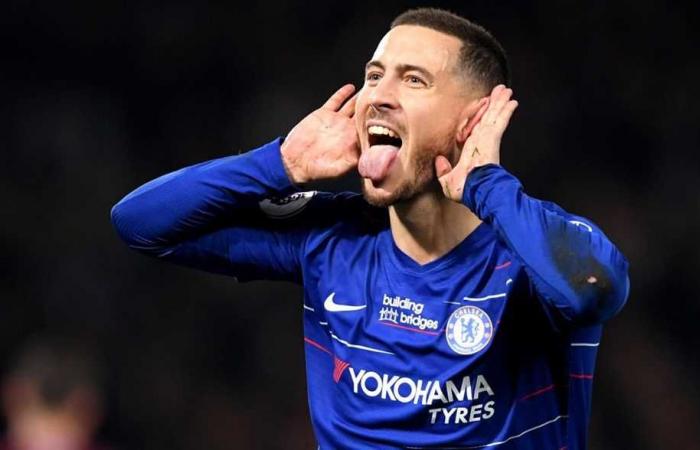 This is in light of the Belgian player’s suffering with his Spanish club due to repeated injuries.

Hazard, 30, is in his third season with Real Madrid since he left Chelsea for 115 million euros.

But he participated in only 51 games with Real Madrid, scoring 5 goals and sending 9 assists.

Hazard excelled for seven seasons in the Chelsea shirt, crowned the English Premier League twice, in addition to winning four other titles with the team.

Earlier, reports said that Real Madrid is seeking to get rid of Hazard due to his frequent injuries, which prevented the club from benefiting from the services of the Belgium captain.

Hazard came seventh and eighth in the FIFA World Player of the Year award in 2018 and 2019, respectively.

These were the details of the news FilGoal | News | Report: Chelsea want Hazard back for this day. We hope that we have succeeded by giving you the full details and information. To follow all our news, you can subscribe to the alerts system or to one of our different systems to provide you with all that is new.