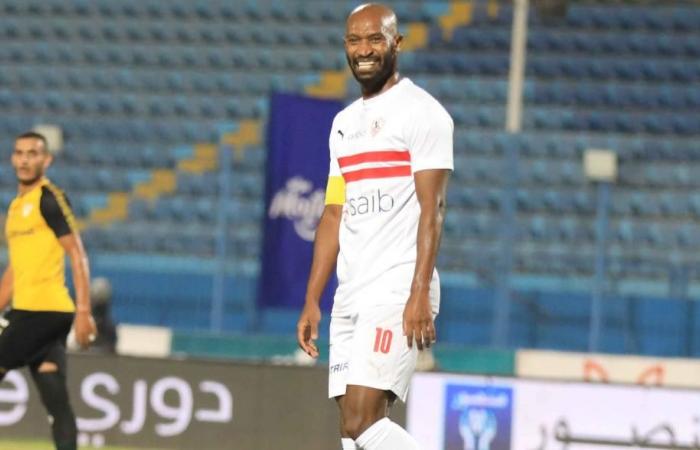 Ahmed Diab, head of the Clubs Association, clarified that the Association is not a party to the Shikabala and Football Association crisis.

Ahmed Diab said: “We are not a party to the Shikabala and Football Association crisis at all, after the decision of the Settlement and Arbitration Committee.”

He added on On Time Sports 1: “The crisis is between Shikabala and the Football Association, and the issue is between them, and the matter has nothing to do with us.”

Hussein Helmy, the legal advisor to the Egyptian Federation, had previously told FilGoal.com: “The Football Association has nothing to do with the implementation of the suspension of Shikabalas penalty following the decision of the settlement and arbitration committee.”

“The matter is now in the hands of the Association of Clubs to consider it and take the appropriate decision,” he added.

Regarding the stadium for the Zamalek match against Enppi in the first round, Diab said: “We will go through the 8 weeks that we announced on schedule and on the announced stadiums.”

He continued, “The main stadium of Zamalek, Cairo, and the reserve air defense, and accordingly we announced that Zamalek will face Enppi on the alternative stadium, which is the air defense, due to the lack of readiness of the Cairo Stadium.”

He added, “We did not get any official answer to move the match. It is the right of any other club to choose the main and reserve stadiums.”

Zamalek, the league title holder, will meet Enppi next Tuesday, October 26, in the first round.

These were the details of the news FilGoal | News | Diab: The Clubs Association is... for this day. We hope that we have succeeded by giving you the full details and information. To follow all our news, you can subscribe to the alerts system or to one of our different systems to provide you with all that is new.