The appearance of Al-Shennawi and the regularity of Al-Shahat and the... 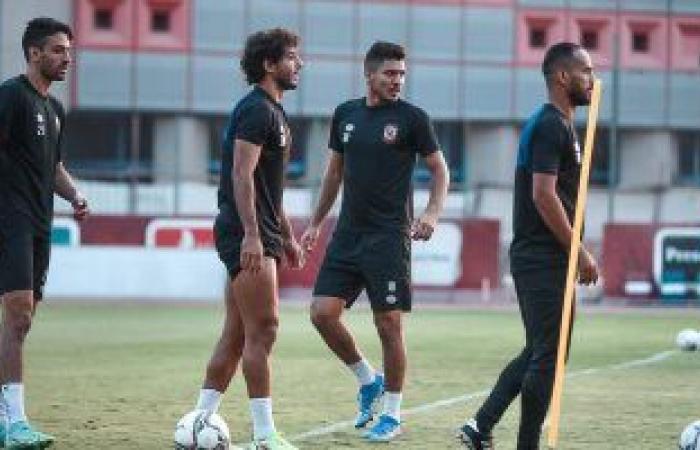 Al-Ahly team continued its group training today, Thursday, at Mukhtar Al-Teach Stadium, in preparation for facing the National Guard, the champion of Niger, next Saturday in the second leg of the 32nd round of the African Champions League.

The training session witnessed the appearance of Muhammad Al-Shennawi, and Hussein Al-Shahat and Mahmoud Kahraba took part in group training after they recovered from the injury. It also witnessed a special challenge between Sayed Abdel Hafeez, Al-Ahly’s football director, and Walid Suleiman, the Red Team player in playing with headers.

Al-Ahly resumed its training yesterday evening, Wednesday, at Al-Teach Stadium on the island, as part of preparations for the National Guard match, which will be held at six o’clock on Saturday evening at Al-Ahly We Al-Salam Stadium, in the second leg of the 32nd round of the African Champions League.

Before the start of Al-Ahly’s training yesterday, Pitso Mosimane, the team’s coach, held a video technical lecture with the players to explain the strengths and weaknesses of the Niger National Guard team.

Al-Ahly is preparing to face the National Guard, the champion of Niger, in the second leg of the 32nd round of the African Champions League, which is scheduled for six in the evening next Saturday.

The first leg match ended in a positive 1-1 draw, in the match that brought the two teams together last Saturday.

These were the details of the news The appearance of Al-Shennawi and the regularity of Al-Shahat and the... for this day. We hope that we have succeeded by giving you the full details and information. To follow all our news, you can subscribe to the alerts system or to one of our different systems to provide you with all that is new.