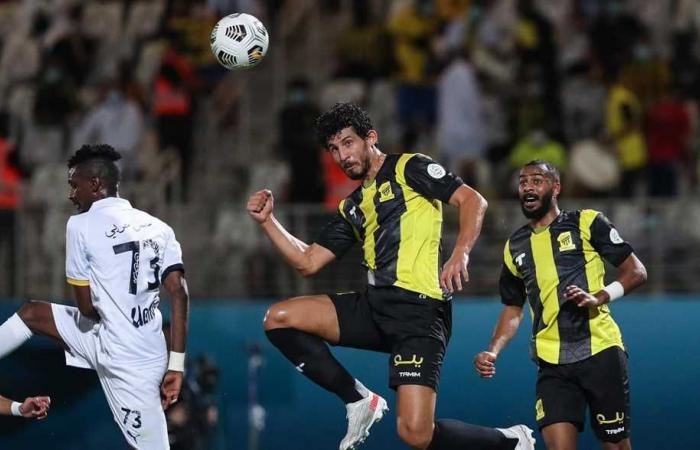 The Jeddah, Al-Ahly and Al-Nasr clubs failed to obtain the license to participate in the Asian Championships granted by the Saudi Football Association for the 2021-2022 season.

While the licenses were not obtained from Al-Ittihad, Al-Nasr, Al-Ahly, Al-Raed, Al-Batin, Abha, Al-Qadisiyah, Al-Wahda and Al-Ain.

The mandatory standards relate to some sports, infrastructure, administrative, legal and financial matters.

The committee indicated that the clubs that did not obtain the license have the right to appeal against the decisions issued before the Club Licensing Appeal Committee in the Saudi Professional League within a maximum period of 23 October.

The Saudi local competitions qualifies 3 teams for the group stage of the AFC Champions League, and a team for the extension, to be the third in the league, which is Al Ittihad Jeddah.

Ittihad Jeddah will participate in the Egyptian defender Ahmed Hegazy, after finishing third in the league last season.

This was confirmed after the defeat of Al-Nassr in the AFC Champions League semi-final against his compatriot Al-Hilal.

As Al-Nasr qualified and won the title with its sixth place last season in the Saudi League, it would have eliminated Al-Ittihad from Asia, but the so-called world team lost 2-1 to Al-Hilal a few days ago to bid farewell to the tournament.

These were the details of the news FilGoal | News | Report: A crisis for Hijazi?... for this day. We hope that we have succeeded by giving you the full details and information. To follow all our news, you can subscribe to the alerts system or to one of our different systems to provide you with all that is new.