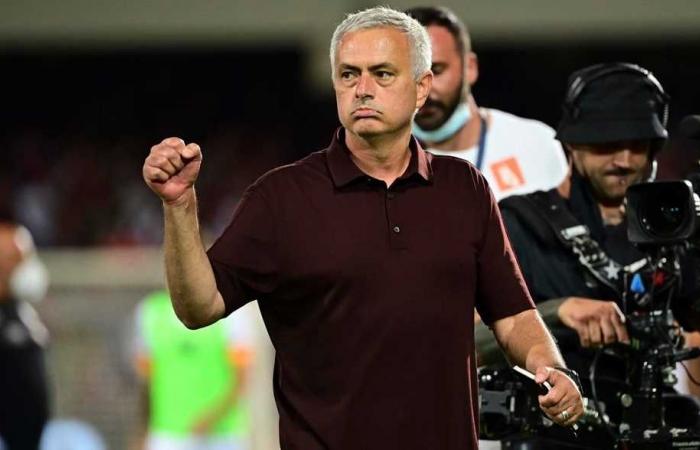 The statements of Jose Mourinho, the Italian coach of Roma, sparked a wave of public anger on social media, after the team’s shock loss at the hands of Norway’s Bodo Glimt by six goals to one.

This came in the third round of the group stage of the European Conference League, where Mourinho began forming from the benches, to return and criticize them after the disastrous loss, considering that his team has only 13 players.

And according to what was monitored by “Football Italy”, some supported his decision to attack the players after the match, but this matter was not accepted by the majority.

One Roma fan said: “If his name wasn’t Mourinho and he was protecting you all, he would have already packed his bags!”

Another considered that the Portuguese’s statements came in a recurring pattern after the defeats, as he said: “As usual, Mourinho throws his players under the bus at the press conference.”

While one Roma fan missed former coach Paulo Fonseca, in the opinion of Mourinho implicitly about the quality of the players, he explained, “Was it Fonsecas fault last season? Clearly this is not the problem. The club did not sign strong players and now we are slapped by small fish.” .

“At least last year, it was Manchester United who scored 6 goals against us, and if Pau Lopez and Leandro Spinazzola had not been injured, we would have won in my opinion. Now, we have conceded 6 goals from a team I didn’t know existed. The season is over for me, I know how it will end.” actually”.

It is noteworthy that Roma lost the first leg of the semi-finals of the European League last season at the hands of Manchester United by six goals against two goals, while they won the third leg 3-2, which was not enough.

These were the details of the news FilGoal | News | Mourinho angers Roma fans: Six-man... for this day. We hope that we have succeeded by giving you the full details and information. To follow all our news, you can subscribe to the alerts system or to one of our different systems to provide you with all that is new.