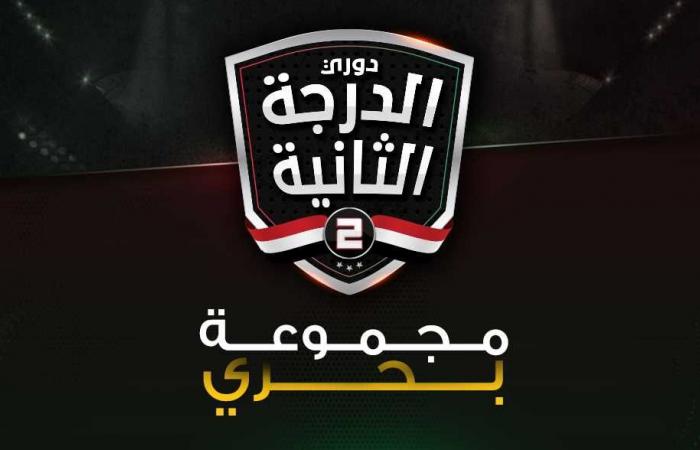 The matches of the fourth round of the Bahri group of the Egyptian second division ended, which resulted in the Olympic’s top spot.

The Olympic beat the Pioneers 1-0, scored by Taha Ibrahim from a penalty kick.

Al-Masry defeated Al-Salloum away from the Damhour games, with a goal to nothing, scored by Mohamed Mahmoud Ragab.

Meanwhile, Mansoura lost at home to Al-Majd, with a goal against or nothing scored by Mohamed El Dokki.

The municipality of El-Mahalla defeated Dikirnis with a goal without a response, which was scored by Mr. Abu Amen from a penalty kick.

Meanwhile, Mahmoud Abu Joudeh and Walid Adel were registered by the Border Guard.

Kafr El-Sheikh tied with Said El-Mahalla with a goal for each team, Salah Khattab scored for the first from a penalty kick, and Mohamed El-Sakka scored the equalizer for the second.

Al-Hamam tied with Al-Zarqa with two goals for each team, Muhammad Moawad and Moamen Fikri scored from a penalty kick for Al-Hamam.

With these results, the Olympic team leads the group with eight points, followed by the border guards, then Al-Masry in Salloum, and then Al-Mahalla Municipality with seven points each.

Al-Hammam occupies the tenth place with four points, followed by the Pioneers, Al-Zarqa, Damanhour and Mansoura Games with three points.

Al-Mahalla fishing comes in the 15th and penultimate place with two points, then Al-Rajaa finally without any point.

These were the details of the news FilGoal | News | The second degree – the... for this day. We hope that we have succeeded by giving you the full details and information. To follow all our news, you can subscribe to the alerts system or to one of our different systems to provide you with all that is new.