Jose Mourinho suffers the toughest loss of his career as a... 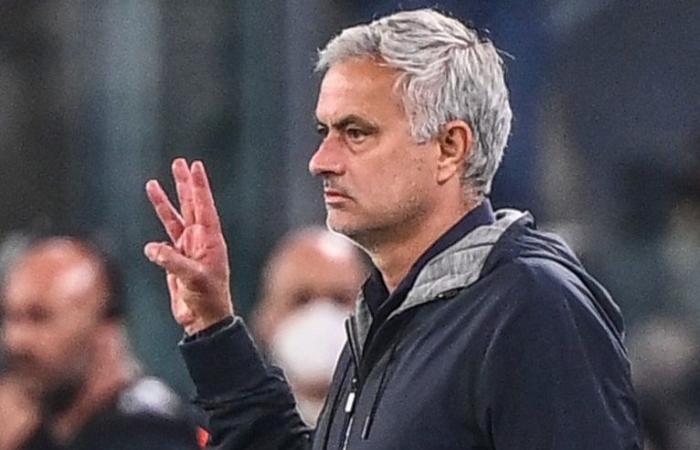 The submerged Norwegian team “Bodo/Glimt” inflicted the harshest loss in the career of Portuguese coach Jose Mourinho when it dropped its Italian guest, Roma 6-1, in the third round of the group stage of the newly established continental competition “Conference League” on Thursday, in an evening that also witnessed the fall of Tottenham Hotspur with a clean goal. In front of the Dutch host Vitesse.

This was the first time that a team supervised by Mourinho conceded six goals in the 1008th match of his coaching career, according to the “Opta” statistics website.

Mourinho had previously suffered a 5-0 loss against Barcelona when he was coach of Real Madrid in the Spanish League competitions in November 2010.

The Norwegian champion continued his strong start and topped the third group with seven points after a second victory against a draw, while the Italian capital’s team froze with six points in second place against Bulgarian CSKA Sofia and Austrian Zorya Lohan, who meet later.

In the city of Bodo, located in the Arctic Circle, in a cold climate in which the temperature reached two degrees Celsius, Roma, with its reserve squad, failed to compensate for the disappointment of its fall against its host, Juventus, in “Serie A” last weekend.

The first half ended with the hosts, whose fans are famous for waving giant yellow toothbrushes during the matches, with a score of 2-1 thanks to Eric Butime and Patrick Berg (8 and 20), before Spaniard Carles Perez reduced the difference (28).

Mourinho pushed Brian Kristanti, Armenian Henrikh Mkhitaryan and Uzbekistani Eldor Shumorodov early in the second half, but Butime quickly responded with a third goal in the 52nd minute.

Mourinho tried to rectify the situation and also put English striker Tammy Abraham and Lorenzo Pellegrini in an hour after the start of the confrontation, but Bodo / Glimt responded in the harshest way possible with two goals by Ola Solbakken (71 and 80) and Amal Pellegrino (78).

Norwegian coach Keitel Knutsi proved what he said on the eve of the confrontation when he underestimated the importance of facing his twice-crowned Portuguese counterpart (with Porto and Inter in Italy) in addition to the Europa League (Manchester United), by saying, “He is a man of flesh and blood like us.” ‘, adding that his team is “capable of achieving amazing things.”

In Group G, Tottenham suffered the first loss in the competition, with a draw and a win, to fall to third place with four points, two points behind the second Vitesse and three from Rennes, the French leader, winning 2-1 at its host, Slovenian bottom Mora, without credit.

German Maximilian Vitek scored the game’s only goal in the 78th minute, with a beautiful ball on the bird, low on his left, from outside the area.

After it seemed at the beginning of the season that Tottenham and Roma were the main candidates to win the first title of this tournament, which qualifies the winner to compete in the European League (unless he achieves a local position that qualifies him to play in the Champions League), it seems that his task to qualify for the playoffs will be more difficult than he expected.

And the London club played without its stars, striker Harry Kane, South Korean Heung-min Son and others who were not even on the bench.

After a trip to Newcastle last weekend that culminated in a difficult 3-2 victory in the local league and another expected to neighbor West Ham United on Sunday, it was unlikely that Portuguese Nuno Espirito Santo would start without his stars.

These were the details of the news Jose Mourinho suffers the toughest loss of his career as a... for this day. We hope that we have succeeded by giving you the full details and information. To follow all our news, you can subscribe to the alerts system or to one of our different systems to provide you with all that is new.