Roma suffers a humiliating defeat by Bodo Glimt 6-1 in the... 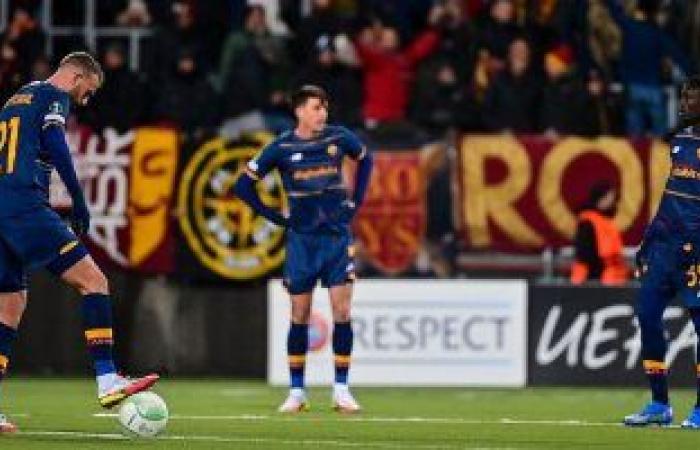 The Italian Roma, led by its Portuguese coach Jose Mourinho, suffered a humiliating defeat against its unknown host, Bodo Glimt of Norway, 6-1, in the meeting that brought them together this evening, Thursday, at the Espmera Stadium, in the third round of Group C, in the group stage of the The European Conference in its first edition.

The Norwegian team ended the first half of the match with a 2-1 lead, Bodu Glimt scored a double, both Eric Botheim and Patrick Berg in the 8th and 20th minutes, while the Spaniard Carles Perez scored Romas goal in the 28th minute.

In the second half, the host scored 4 more goals, two goals came through Eric Botheim, to score a hat-trick, Ola Solbakken and Pellegrino in the 53rd, 71st, 78th and 80th minutes.

The Norwegian team topped Group C in the European Conference League with 7 points, while Romas balance stopped at 6 points in second place.

In the same group, the Bulgarian CSKA Sofia will host its Ukrainian counterpart Zorya Luhansk, at nine oclock Thursday evening.

These were the details of the news Roma suffers a humiliating defeat by Bodo Glimt 6-1 in the... for this day. We hope that we have succeeded by giving you the full details and information. To follow all our news, you can subscribe to the alerts system or to one of our different systems to provide you with all that is new.