The result of the Al-Batin and Al-Fayha match today in the... 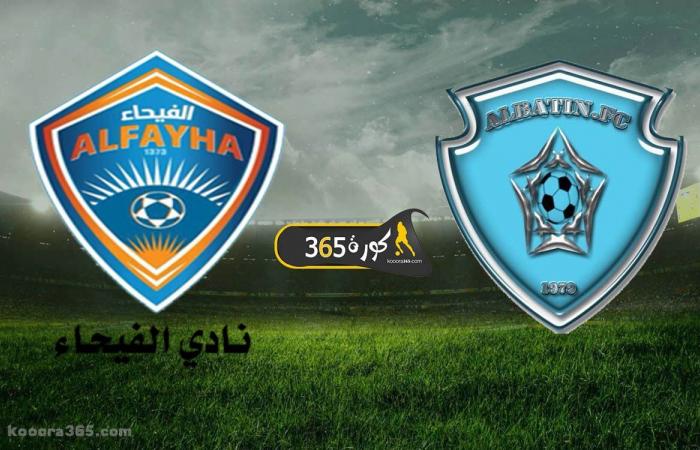 Al-Fayhaa is in third place on the table with 13 points, after beating Al-Raed 1-0 in the last round.

The match ended with Al-Batin’s victory over Al-Fayhaa with two goals to none.

The newly promoted Al-Fayhaa finished his preparations for this match with a high concentration, as he aspires to win in order to enhance his score of points, to go deeper into the golden box and fight with the seniors for the title and try not to get out of it.

On the other hand, Al-Batin is in the fifteenth and penultimate place in the standings with 6 points, after being defeated by Al Shabab 3-0 in the previous round.

Al-Batin, who is suffering from both problems, is looking forward to correcting the path and returning to the right path leading to the safe areas, to compete strongly for that, so he will make every possible effort to escape from the bottom.

These were the details of the news The result of the Al-Batin and Al-Fayha match today in the... for this day. We hope that we have succeeded by giving you the full details and information. To follow all our news, you can subscribe to the alerts system or to one of our different systems to provide you with all that is new.