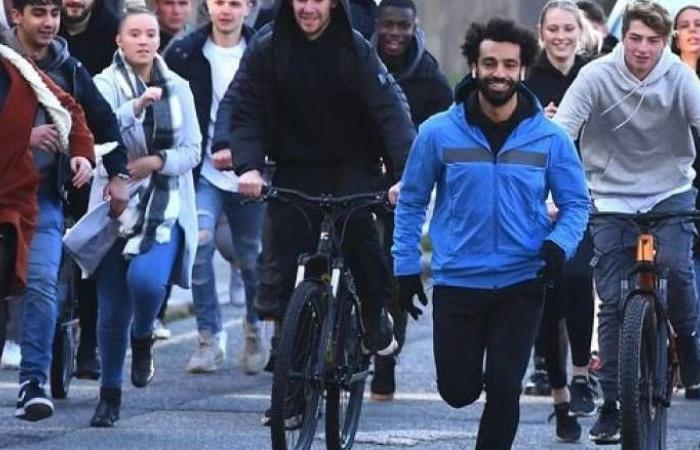 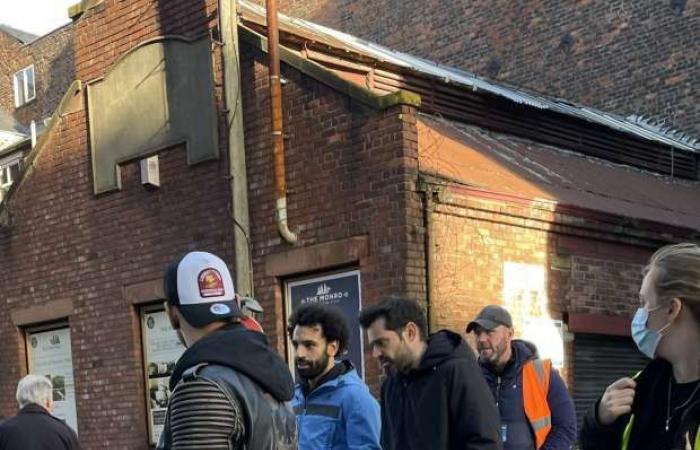 Anfield road turned into mass demonstrations in the love of a star and a fan lover LeferballThe Egyptian international, Mohamed Salah, the Reds’ top scorer, while appearing only a few meters from the “Anfield” stadium, while filming an advertisement for a soft drink company, today, Thursday.

The Daily Mail published several photos of Mr Mohamed Salah Filming an advertisement for a soft drink company on the streets of Merseyside County.

And Mohamed Salah appeared while running a few meters, just a few miles from the famous Liverpool stadium “Anfield”, while filming an advertisement, today, Thursday, for a soft drink company, and behind him was a large crowd of people running behind him as part of the advertisement.

Salah and his agent behind the scenes of the advertisement

The Colombian Rami Abbas, the agent of the Egyptian international star, Mohamed Salah, accompanied him on the sidelines of filming the advertisement, which was the hero of the 29-year-old Liverpool team.

And the newspaper “Daily Mail” indicated that Salah appeared in the advertisement as if he was fleeing from a large crowd, and dozens of people were running behind him, showing at the same time his great speed in jogging and his superiority over many cyclists who appeared with him in this advertisement.

Daily Mail: The fatigue of the Atletico Madrid match did not affect Salah a share

And the same British newspaper added, that although this announcement comes just hours after the big confrontation that Liverpool fought against Atletico Madrid, at the “Wanda Metropolitano” stadium, in the third round of the group stage of the Champions League, in which the Reds won, led by Mohamed Salah, 3-2, scored by the Egyptian player twice, but the effects of fatigue did not appear on him at all while filming the advertisement in the streets of Merseyside while he was running.

These were the details of the news Home Sports | Salah turns Anfield Road into mass demonstrations... for this day. We hope that we have succeeded by giving you the full details and information. To follow all our news, you can subscribe to the alerts system or to one of our different systems to provide you with all that is new.