“Shearer” reveals the secret behind the crazy celebration after the “Investment... 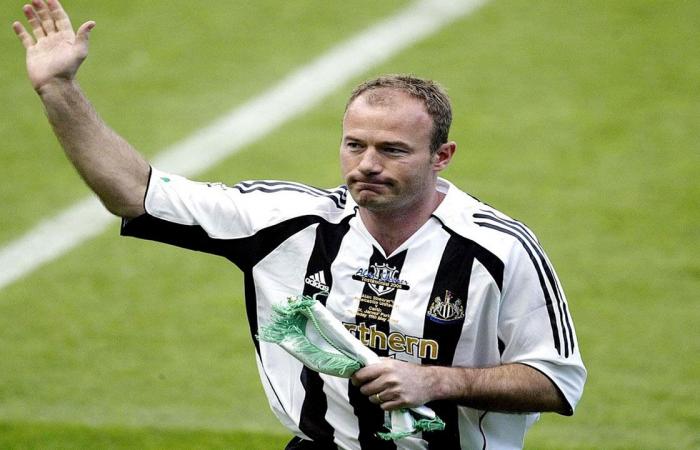 English star Alan Shearer, the legend of Newcastle United, justified the crazy joy that dominated the Maccabees fans following the official disclosure of the Saudi Public Investment Fund’s acquisition of the club, stressing that this ancient entity has suffered from neglect and lack of serious investment over the past 14 years.

An investment group led by the Public Investment Fund, which also includes BCB Capital Partners and RB Sports and Media, has completed the 100% acquisition of the English club’s components from “St James Holdings Limited.” Necessary approvals from the English Premier League, on 7 October 2021.

No sooner had the Premier League lifted the curtain on the completion of the expected deal, until the Newcastle fans unleashed great joy in the vicinity of St James’s Park, with the beginning of a new era under the Kingdom’s command, in which the ceiling of ambitions rises to unleashed a return to the titles arena, and turning a disappointing and miserable page with the owner Ex-Mike Ashley, spanned 14 years of decline and break.

Shearer said, in statements to the BBC, that the Newcastle fans had missed the attention they deserved over the past years. Where Ashley ignored investing the money of Maccabis fans to extricate the club from its stumble or consulting those large crowds in order to overcome successive setbacks.

The historic Newcastle scorer added that it is illogical for a club in the world to have this emotional momentum and unlimited support from thousands of English fans, and in the end does not receive any kind of participation or advice, until the Macbees reached that miserable state on the Premier League ladder, and before it On the competition map for titles.

Shearer, who has signed 206 goals in Newcastle colors, pointed out that the fans have the right to dream again after this wonderful development, as he now has wonderful owners who want to invest real and return the club to the place it deserves, after years of suffering.

The Newcastle legend concluded his statements by emphasizing that the club currently needs a little patience, anticipation of hard work and rearranging the house from the inside, before reaping the fruits of that ideal step, stressing that none of the fans is waiting to win the league or the Champions League in a matter of years, You need to restore the lost luster and see the Macbees on the right track again.

Newcastle occupies the 19th penultimate position in the Premier League standings, with only 3 points, after 7 rounds of the season; Where the men of veteran coach Steve Bruce failed to taste the taste of victory, content with 3 draws and 4 defeats.

Jimmy Robben to Newcastle fans: “Thank you, we have a big job ahead of us.”

“New Hope” .. Alan Shearer, the legend of Newcastle United, celebrates after the acquisition of the “Investment Fund”

These were the details of the news “Shearer” reveals the secret behind the crazy celebration after the “Investment... for this day. We hope that we have succeeded by giving you the full details and information. To follow all our news, you can subscribe to the alerts system or to one of our different systems to provide you with all that is new.