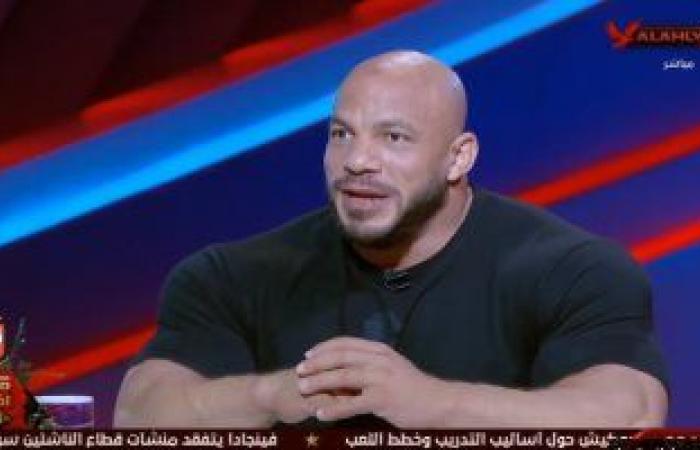 The activities of the Mr. Olympia Championship began at dawn today, Friday, in the conference hall in Orlando, Florida, USA, and will continue until October 10, with the participation of 4 Egyptian champions for the first time in the history of the most important and strongest event in professional bodybuilding.

This year, 4 Egyptian champions are competing for the title of Mr. Olympia from the Cosquad team, including 3 champions in the open weight. They are Mamdouh Al-Subaiy “Big Ramy”, the defending champion in the 2020 edition, Muhammad Shaaban, and Hassan Mustafa, while the champion Ahmed Al-Wardani is competing in the 212th weight category. .

The press conference for the championship, during which 4 champions competing for the title this year appeared on the stage, and they are the closest to crowning it, led by our world champion Big Ramy and Brandon Corrie, the 2019 title holder, and the runner-up of the last edition, and the Iranian Hadi Chopan, who ranked fourth in the same edition, and William Bonak Holder of the Arnold Classic in 2018 and 2020 and fifth place in last year’s edition.

During the presentation of the quartet, there were skirmishes with our hero Big Ramy, who confirmed that he had made a great effort since winning the title of the last edition to be able to defeat himself this year and win the title for the second year in a row.

Rami revealed that he expected to weigh 300 pounds, which would qualify him to win the title of Mr. Olympia, which was rejected by Dutchman William Bonak and announced that he had attended to beat Ramy as he had previously won in other tournaments, and Brandon Corey solidarity with William Bonac and announced that the weight and the large are soft Ramy is likely this year and he came to win the title.

On the other hand, Iranian Hadi Chouban stressed that he attended the coronation of Mr. Olympia, which he will achieve only by defeating Big Ramy, the holder of the title last year, explaining that he put in his plans this year to overcome the enormity of the Egyptian champion.

Big Ramy concluded his statements at the press conference at the Mr. Olympia Theater, saying winter is coming tomorrow in Orlando, the same sentence made by the Egyptian world champion before being crowned last year’s title.

Big Ramy won the Mr. Olympia version last year, after he participated in the official competition at a special invitation he received from those responsible for the tournament, after the circumstances of his infection with Corona caused him to stay away from participating in the Spanish Championship, so that the Egyptian champion succeeded in crowning the title, and his successor, the American Brandon Curry, then came. His compatriot Phil Heath, followed by Iranian Hadi Chopin and Dutchman William Bonak in fifth place.

These were the details of the news Big Ramy at Mr. Olympia Press Conference: Winter is coming tomorrow... for this day. We hope that we have succeeded by giving you the full details and information. To follow all our news, you can subscribe to the alerts system or to one of our different systems to provide you with all that is new.