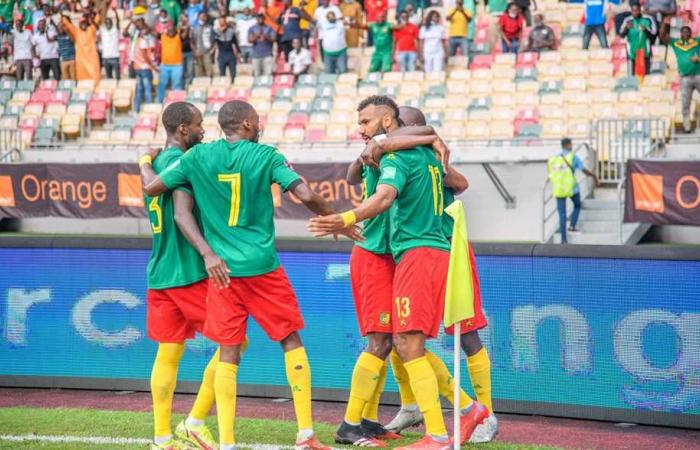 Cameroon defeated Mozambique by three goals to one at Jaboma Stadium in the third round of Group D of the African World Cup qualifiers.

The match was refereed by the Egyptian Mohamed Maarouf, and the most famous red card in the face of Danilo, the Mozambican player, in the last minute.

Al-Ahly player Luis Miccione also started with Mozambique and was replaced in the 75th minute.

Cameroon advanced through Eric Maxime Choupo-Moting of Bayern Munich in the 28th minute.

Before Chubu Moting added the second goal himself in the 52nd minute.

Chobo-Moting scored for the first time in a Cameroon shirt since his goal against Comoros in March 2019.

He also scored his first double in his career with the Lions, raising his tally to 15 goals in 57 international matches he played.

The third goal was won by Karl Toko Ekambi of Lyon, who scored it in the 63rd minute.

Before the young Jenny Catamo of Sporting Lisbon scored Mozambique’s only goal in the 80th minute.

Cameroon raises its tally to 6 points, in second place in the group, behind Côte d’Ivoire, which leads with 7 points.

While Mozambique’s balance froze at a single point at the bottom of the group, its chances of reaching the final stage of the qualifiers dwindled further.

These were the details of the news FilGoal | News | World Cup qualifiers – Cameroon... for this day. We hope that we have succeeded by giving you the full details and information. To follow all our news, you can subscribe to the alerts system or to one of our different systems to provide you with all that is new.