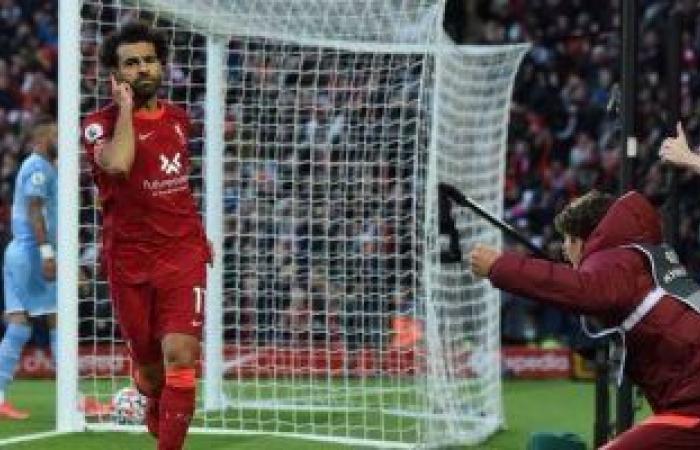 Some fans saw that Mohamed Salah was the best during the last month after his brilliance greatly, as he scored 4 goals and made 2 others during only September, the first of which was his 100th in the Premier League during the month.

And one of the English fans, commenting on the news of Ronaldo’s victory, said on the official page of the English Premier League on “Facebook”: “This injustice, Mohamed Salah is the one who deserves this award.”

While another commented: “This does not change the fact that Mohamed Salah is the king of the English Premier League,” and another indicated: “The best player in the world,” putting the Egyptian flag, referring to Mohamed Salah.

Another added: “The best player in the world,” placing a crown next to the sentence to mean the Egyptian King Salah, while he reviewed Salah’s latest numbers, referring to the goals and assists he made during the past month.

Today, the English Premier League published, on its Twitter account, a video of footage from the Manchester United matches in September, featuring Cristiano Ronaldo, to announce that he had won the Player of the Month award.

These were the details of the news English fans: Mohamed Salah deserves the player of the month award,... for this day. We hope that we have succeeded by giving you the full details and information. To follow all our news, you can subscribe to the alerts system or to one of our different systems to provide you with all that is new.