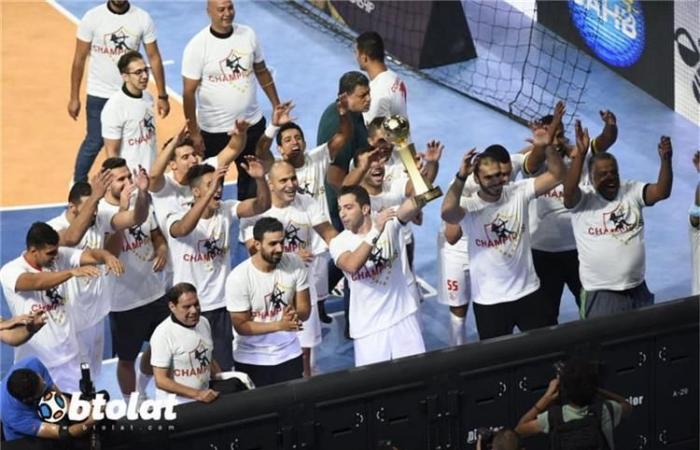 The first handball team is preparing for the club Zamalek, to face his Saudi counterpart Al Wahda in the FIFA Club World Cup.

Zamalek managed to defeat its counterpart Australian University of Sydney With a score of 38-19 in the match that brought the two teams together today, Thursday, at King Abdullah Sports Hall in the Kingdom of Saudi Arabia.

If the Zamalek team succeeds in resolving the result of the match in its favour, it will win the fifth place in the Super Globe Club World Championship.

See also.. The International Handball Federation explains to “Champions” the reason for not inviting Hussein Labib and the presence of Al-Khatib at the opening of the World Cup

Zamalek had lost its first match in the Club World Cup against Barcelona, ​​with a score of 36-32, and had performed more than wonderfully against the European champions.

The date of the match between Zamalek and Saudi Al-Wahda:

You can view the dates and results of all matches, moment by moment, from Match Center here.

These were the details of the news The date of the upcoming match between Zamalek and Al Wahda... for this day. We hope that we have succeeded by giving you the full details and information. To follow all our news, you can subscribe to the alerts system or to one of our different systems to provide you with all that is new.