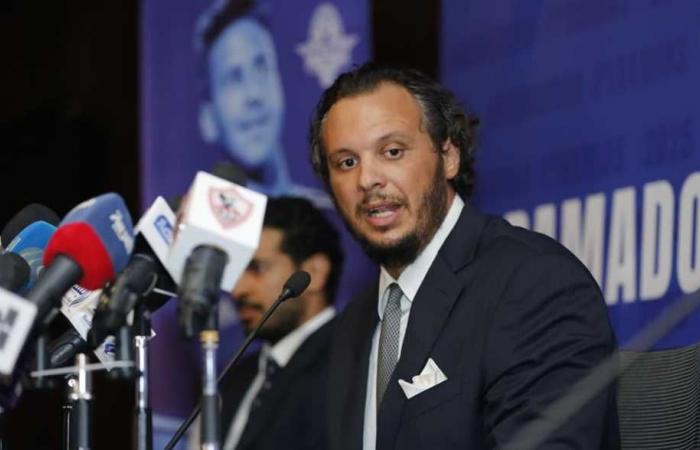 Engineer Mamdouh Eid, CEO of Pyramids Club, was crowned with the award for the best captain in the under-40 football club category at the leaders sports awards ceremony, which took place today in London, England, for the year 2021.

Today, the Pyramids President was present at Twinkham Stadium in London, the English capital, to participate in the ceremony, after he was chosen among the best leaders in the world of sports under 40 years under his leadership of the Pyramids Club and achieved great successes with him during the past years.

The official website of the award confirmed that the shortlisted list of candidates was chosen, given their prominent role in pushing sports with full force during the past year, through the leadership of large sports institutions and contributed to the development of the sports industry in the last stage.

Engineer Mamdouh Eid was chosen among the award winners for the under 40 age group for the year 2021, as he leads one of the most important and largest clubs in Egypt and the continent of Africa, although he is only 36 years old, and has a long career in the field of sports, after he started as a football player Basketball, despite his interest in sports, he also excelled in his studies and obtained an engineering degree, and then began his career in leading one of the most important sports management companies in the Middle East and the world.

During his leadership of the Pyramids Club, which includes more than 600 people who manage their affairs and supervise the business, the club succeeded in only two years in achieving great successes and reaching the final of the African Confederation Cup once, and again to the semi-finals, and is considered one of the most important clubs in the continent, besides He maintained his third place in Egypt after the poles of the continent, Al-Ahly and Zamalek, and reached the Egypt Cup final.

In addition to the sports role of the Pyramids Club, it also invests in social works, and there is an important societal role for the club inside and outside Egypt.

These were the details of the news FilGoal | News | Mamdouh Eid receives in London... for this day. We hope that we have succeeded by giving you the full details and information. To follow all our news, you can subscribe to the alerts system or to one of our different systems to provide you with all that is new.