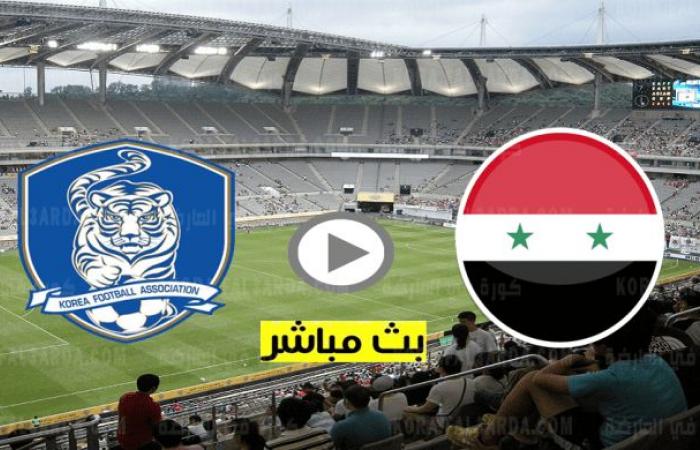 The Syrian team enters the third round of the group stage of the World Cup qualifiers for the Asian continent with a match that is not divisible by two, and the Qasioun Eagles are heading towards Seoul to face the South Korean team in the first group matches. In the competition for one of the qualifying cards for the World Cup, but the Syrians’ mission collides with the solidity of Heung Min Son’s colleagues, who, in turn, hope to get a second victory in the qualifiers.

Summary of the match between Syria and South Korea

The Syrian team occupies the fourth place in the group with only one point obtained from its draw in the second round with the UAE national team, knowing that it was defeated in its first matches against the group leader, Iran, with a clean goal. The matches resulted in a tie. With the exception of the Iranian team, which won the full mark with two consecutive victories, and South Korea, which achieved one victory, all other confrontations ended in parity.

The transmission channels of Korea and Syria

The ssc7 Sport channel broadcasts the confrontation with the voice of commentator Khaled Al-Mudaifer.

South Korea begins its match with the Syrian team, armed with its point superiority, as it is in second place in the standings table with 4 points, and seeks to stay away from the pursuers and exploit the field factor in its favour. Syria and South Korea.

An interesting match between Syria and Korea, the Korean Samson managed to snatch a fatal victory in the last minutes, with a score of 2-1.

These were the details of the news HD goals | Fatal win | Summary of the match... for this day. We hope that we have succeeded by giving you the full details and information. To follow all our news, you can subscribe to the alerts system or to one of our different systems to provide you with all that is new.