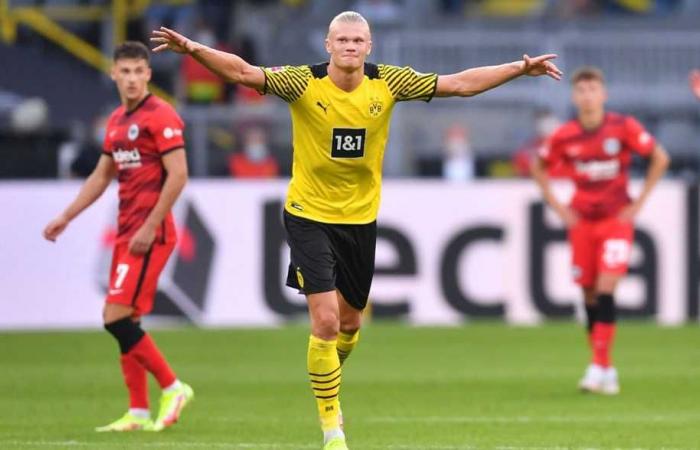 Even outside the transfer window, Erling Haaland is still one of the main events in the players market news.

This comes with the escalation of talk of a penalty clause in his contract of 75 million euros, which will become effective next year 2022.

Dortmund is seeking to get rid of this condition by renewing the contract of his Norwegian star, as he offered to double his salary from 7 million euros to 15 million euros, which Haaland does not accept, according to the Spanish “Diario Gol”.

This comes because Halland gave his agent Mino Raiola clear instructions in this regard, negotiating a salary of 30 million euros with the teams wishing to include him.

Excluding the alleged release clause from the equation, Borussia Dortmund is not the most lenient club in sales, having already rejected 175 million euros from Chelsea last summer, only to resort to Romelu Lukaku from Inter Milan for 115 million euros.

Haaland’s options are not multiple with the salary he demands, which Bayern Munich will not pay, for example, as the room remains for the likes of Manchester City, Chelsea and Paris Saint-Germain, who have huge funding, or Real Madrid, Manchester United and Juventus.

One of the parties to this arena from afar was Barcelona, ​​who received a visit from Haaland’s father last summer, but of course he was unable to make any serious offer given his current financial situation.

These were the details of the news FilGoal | News | Report: Haaland will refuse to... for this day. We hope that we have succeeded by giving you the full details and information. To follow all our news, you can subscribe to the alerts system or to one of our different systems to provide you with all that is new.