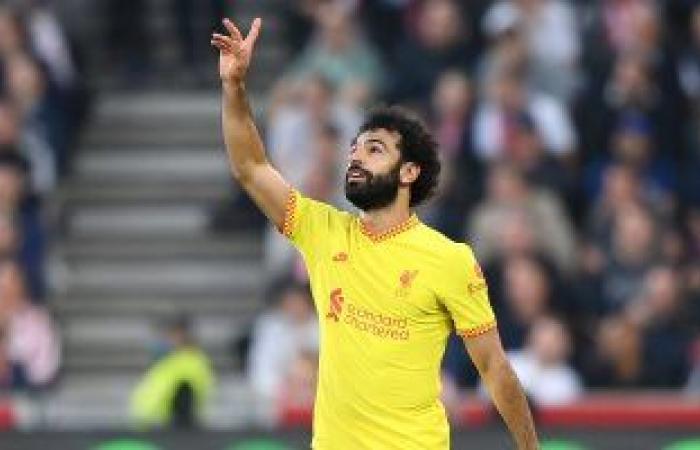 British press reports revealed that the Egyptian international Mohamed Salah, the Liverpool player, includes in his contract a clause for the Golden Ball that gives him the right to leave the ranks of the Reds if he fails to obtain it.

And according to the British newspaper, “Mirror”, Mohamed Salah is among 5 names in the English Premier League, whose contracts with their clubs include a special condition related to the Golden Ball.

And the newspaper quoted in its report: “Mohamed Salah has a secret clause in his contract with Liverpool, which states that if he does not win the Golden Ball award at Anfield, he can demand a move to the Spanish League Barcelona or Real Madrid.”

The newspaper added, quoting the Spanish “Don Balloon” website: “Mohamed Salah’s current contract with Liverpool expires in the summer of 2023, and concerns are growing about the future of the “Pharaoh”, as the issue of moving to the Spanish League is a possibility.”.

Mohamed Salah became an inspiration in Liverpool, as the Egyptian helped his team win the English Premier League and the Champions League since his move from Rome in 2017..

The newspaper pointed out that the contract of the Portuguese star Cristiano Ronaldo, who returned to Manchester United again this summer, guarantees him a reward of one million pounds if Manchester United win the Champions League, or win the Golden Ball award or the best player in Europe..

There is another player in the English Premier League who has a clause related to winning the Golden Ball in his contract, which is Thiago Alcantara, the Liverpool player, who moved to Anfield from Bayern Munich in the summer of 2020, in addition to the Portuguese Bruno Fernandes, who signed for Manchester United from Sporting Lisbon in January of 2020..

It was also reported in the previous period that Manchester United striker Anthony Martial has a special clause in his contract, allowing his former club, Monaco, to get 7.2 million pounds if he obtains the Golden Ball..

These were the details of the news Reports: The Golden Ball gives Mohamed Salah the right to leave... for this day. We hope that we have succeeded by giving you the full details and information. To follow all our news, you can subscribe to the alerts system or to one of our different systems to provide you with all that is new.